Professor of Public and Nonprofit Management 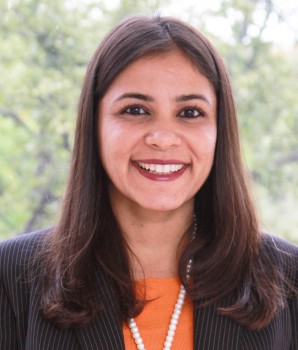 Dr. Meghna Sabharwal came from India to the United States to pursue her PhD. And like many others from her native country, she decided to stay.

The UT Dallas assistant professor’s experiences inspired her to study why some foreign-born science and engineering PhD graduates stay in the United States, while others return to their home countries.

Sabharwal, who teaches public affairs in the School of Economic, Political and Policy Sciences, is being recognized for her contributions to understanding immigration of high-skilled workers. Most recently, she received the Julia J. Henderson International Award at the American Society for Public Administration conference in Chicago.

Competitive salaries and research opportunities are strong incentives for foreign-born academics to work in the United States.

But are they enough to keep them here?

Dr. Meghna Sabharwal, assistant professor in the School of Economic, Political and Policy Sciences, recently landed a National Science Foundationgrant to study these patterns of migration.

“Academic scientists and engineers from other countries tend to be very productive when they come to the U.S., but we are slowly seeing that they are returning to their native countries rather than staying here,” she said. “We want to examine this trend of reverse brain drain.”

A new UT Dallas study found significant differences in the rate that minorities and women were appointed to top federal jobs under the Democratic and Republican presidents between 1993 and 2013.

Past research has shown that Democratic presidents appoint more minorities and women to the highest levels in the federal government than Republican presidents do. The new study, recently published in the journal Administration & Society, examined trends in appointments during the administrations of former President Bill Clinton and former President George W. Bush and President Barack Obama’s first term. 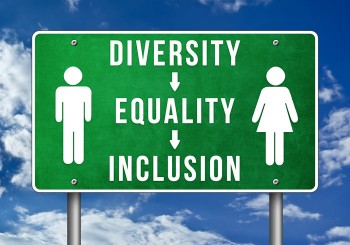 Based on 2015 data, federal government employees who identified as LGBT were more likely than heterosexual employees to say they planned to leave their jobs within a year, according to new University of Texas at Dallas research.

Even LGBT federal employees who viewed their workplace as open and supportive were more likely to say they wanted to quit, according to the findings. 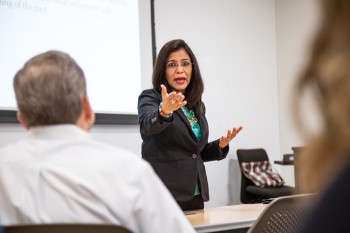 In a national survey of workplace wellness programs in municipal governments, researchers from The University of Texas at Dallas identified five best practices that reduced health care costs and improved productivity.

“Previous studies simply identified the components of wellness programs in U.S. municipalities,” said Dr. L. Douglas Kiel, co-author of the study and professor of public and nonprofit management in the School of Economic, Political and Policy Sciences. “However, these studies did not attempt to identify the factors that lead to better health outcomes and reduced health care costs. Our study is the first to really examine the performance outcomes of municipal government wellness programs.”

The results of the detailed statistical analysis are described in “Best Practices in Local Government Wellness Programs: The Benefits of Organizational Investment and Performance Monitoring” in the journal Review of Public Personnel Administration.

Return Migration of the Highly Educated: Experiences, Career Outcomes, and Job Satisfaction of Faculty in Science and Engineering in India

The Relation Between Productivity and Structural Convergence in U.S. Scientific Work Environments (Unfunded)