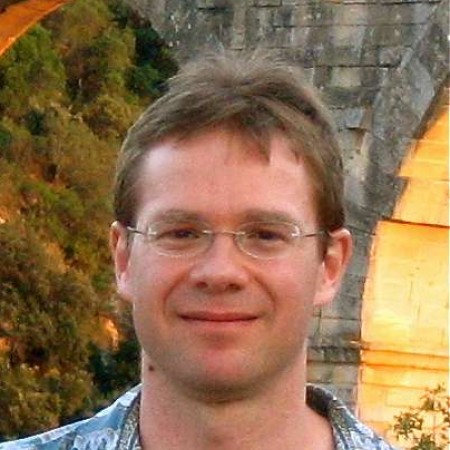 Assistant Professor
The University of Texas at Dallas [2005–Present]

2007–2007 Lattices and Trajectories; A symposium of Mathematical Chemistry in honour of Ray Kapral and Stu Whittington (contributed talk) Toronto, ON

When I arrived at UTD, my goals were to establish myself as an original researcher, to begin my teaching career, and to become actively involved in academic citizenship and outreach. In what follows, I will demonstrate how my accomplishments in research, teaching, and service over the past two years provide a foundation for my academic career. I will also indicate my goals for the coming years, and how I intend to achieve them.

Upon arrival at UTD, I prioritized setting up my research lab and building my high performance computer. Since then, I have made major strides towards establishing myself as an original, independent researcher. A total of nine students have worked in my lab. I currently have one graduate and three undergraduate students. In the past two years, I have published six peer-reviewed articles in scientificjournals and have aggressively pursued external funding by applying for nine grants. I am pleased to report that I submitted my first manuscript as senior (i.e., last) author on 8/10/2007, and that I currently hold two grants, one from the American Chemical Society and one from the Texas Advanced Computing Center, both won based on my original research at UTD. I aim to submit four more senior-author manuscripts and apply for five more grants by the end of 2007. This demonstrates my capacity for independent investigation and my ability to run a productive lab in which students produce high-quality research. My potential for addition funding is demonstrated by being invited by the Sloan Foundation to submit an updated application this year based on my strong 2006 application. In the coming years, I aim to improve my success rate in federal grant allocations by expanding my collaborations with other researchers (see below) and by establishing a publication track record as senior author.

I have begun two original research projects at UTD: (I) modeling the interactions between peptides and carbon nanotubes (CNTs) to give understanding, insight, and predictive power to the design of high affinity peptide-CNT complexes, and (2) pursuing a theoretical understanding of surfactant adsorption and self-assembly at solid/liquid interfaces. My goal is to establish a reputation for insightful, experimentally-relevant computer modeling studies. As a result of my work on (I), Gregg Dieckmann (UTD, chemistry) asked me to contribute one-third of the $1 .5M NSF grant he recently submitted (on which I am a co-Pl), and Inga Musselman (UTD, chemistry) asked me to contribute one-third of the NSF grant she plans to submit in November 2007 (on which I will be a co-PI). The direct collaboration I have with experimentalists on this project is unique, and will greatly enhance UTD's influence and impact on the emerging bio/nano field. My work on (2) has won me a grant from the American Chemical Society, and
has far-reaching implications for nanoparticle self-assembly, including for the formation of photonic crystals. To my knowledge, I am the first person to study explicit surfactant chains adsorbed on nanoparticles with free energy methods. The unique tools I have developed for modeling these systems by computer simulation mean that I can make a major impact in this field. I have concrete plans for continuing these two research projects, and for involving the students in my lab and my research collaborators at UTD and elsewhere.

My dedication and commitment to teaching are proven by my steadily increasing student evaluation scores. Indeed, my best score to date (4.0) came from the most recent course I taught, Chem 3322 in 2007S. An excerpt from the official evaluation ofthis course by Drs. Biewer and Goux, dated 23 April 2007, reads:
The bottom line is that this class reviewed very well. Students liked Dr. Nielsen. They appreciated his patience and ability to explain things in more than one way. Further, my success at engaging students in course material is evident from the number of UTD students who have chosen to work in my lab based on courses I have taught: two graduate students (both of whom took Chem 5314 from me) and four undergraduate students (three of whom took Chem 3322 from me and one who took Chem 4VOI from me).

I aim to improve my teaching in the coming years by listening to and diagnosing the ways in which the courses are being interpreted through the student evaluations. Thus I view teaching also as a learning process for the teacher. I believe that teaching is a fundamental pillar ofthe university and, as such, I am particularly interested in improving chemistry teaching at UTD. I am involved in the ongoing efforts to revamp the physical chemistry curriculum, and I would like to develop the computational chemistry course selection at UTD. This later goal would give students a feel for what it means to do chemistry "on the computer" and expose students to research possibilities in computational chemistry.

Outside of the classroom, I excel at one-on-one mentoring in the research laboratory. My vision for my lab is for a supportive environment in which students continually learn. My lab has already produced one paper (submitted) and two conference poster presentations. My dedication to undergraduate mentoring will help the chemistry department in its pursuit of an REU grant, a pursuit in which I would like to play an active role. I view an REU program as crucial to the department's graduate recruitment efforts. During my first two years at UTD, I have become actively involved in academic citizenship and outreach. I have been the chemistry seminar coordinator since January 2007, and I will continue in this position for the 2007-08 academic year. In spring 2007, I served on the physical/analytical chemistry search committee, and I expect to be appointed again this year when the search resumes. Within my lab, I have served as a mentor for two UTD graduate students, four UTD undergraduate students, one international exchange student, and two Welch Summer Scholar students. At the university level, I am currently a member of the
Faculty Senate. I foresee myself serving on one or more of the Senate committees in the near future, including the Committee on Faculty Mentoring. Mentoring is one area of weakness highlighted in the 2007 external review ofthe UTD chemistry program, and I believe that by becoming involved with this Senate committee, I can improve mentoring in the chemistry department. My outreach activities have three primary foci: student exchanges, research collaborations, and academic conferences. During my first two years at UTD, I have made student exchanges a priority. In summer 2006 and 2007, I hosted Welch Summer Scholars in my lab. In summer 2007, I hosted a Mexican student as part of the UTD-Mexico exchange program. I have recently submitted a paper with this student as lead author. This clear evidence of productivity will help strengthen UTD-Mexico exchanges. In November 2006, I
traveled to Cork, in the Republic oflreland, to network with the Tyndall Institute and promote UTD as a research partner. As a result of this trip, UTD has signed a memorandum of understanding with the Tyndall Institute to facilitate exchanges. My success with student exchanges to date proves that these exchanges benefit the students and my lab, and enhances UTD's reputation as an institution which integrates education and research excellence. I would like to play a more active role in nurturing exchange programs in the coming years by hosting students and visiting our strategic partners.

Since I arrived at UTD, I have worked to expand my research network, and have built on-going collaborations with researchers in North America, Europe, and Japan. These collaborations extend the influence of my work on the national and international scenes and increase awareness of UTD at other institutions. In the past two years, I attended seven conferences in the United States and Canada, including giving invited talks at the UCLA Institute for Pure and Applied Mathematics and at the 230th American Chemical Society National Meeting. I also funded Chi-cheng Chiu (a graduate student in my lab) to attend two major American chemistry conferences, where he presented posters. In the coming years, I aim to build on my research networks and liaison work. I have specific plans to enhance my collaborations with colleagues at CIMAT (Mexico), AIST (Japan), Universiteit van Amsterdam, and the University of Rome La Sapienza. The maintenance and expansion of these networks is vital to maximizing exposure and
funding opportunities for myself and for UTD. I will also continue to encourage and fund my students to present at academic conferences.

In conclusion, over the past two years I have built the groundwork upon which to excel in the academic environment of a research-oriented university. I have demonstrated my capacity to recruit and work effectively with students at all levels and have shown a commitment to service within the UTD community, and to outreach activities which extend my influence and expertise to areas and populations external to UTD. I have also demonstrated my ability for original research and for good teaching. 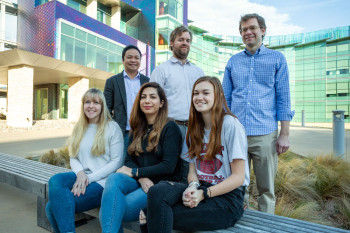