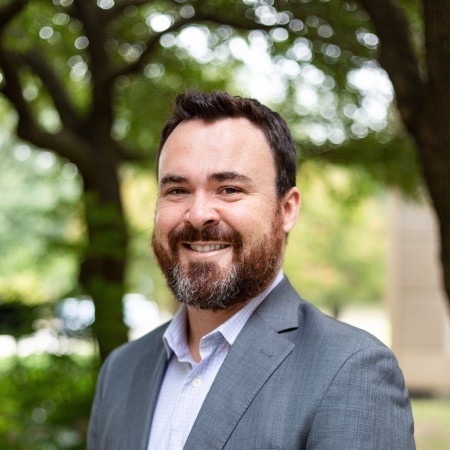 Natural products – small organic molecules that come from nature – have profoundly impacted human health and medicine for generations.  In fact, more than 60% of cancer drugs developed between 1981–2014 were either natural products themselves or were derived from natural products.  Unfortunately, most of these molecules are so rare in nature that their study and application has required chemists to prepare them in the lab – a task called total synthesis.

In the Welin Lab, research in this area focuses on the developments of new techniques and strategies for the preparation of biologically active natural products, with a particular emphasis on molecules with anticancer properties.

Photocatalysis for organic synthesis is undergoing a renaissance at the moment, with a particular emphasis on the use of visible light (as opposed to UV-based methods of old).  With new avenues for molecular activation being developed almost daily, this field is rife with opportunity and promises to change the way organic chemists think about constructing molecules.

New mechanisms of photochemical activation are of particular interest in the Welin Lab.  Whether this involves photoinduced electron transfer (as in photoredox catalysis), energy transfer/sensitization, or direct excitation, we are primarily interested in utilizing the power of visible light to induce new chemical transformations.  Mechanistic experiments will be designed allow for an all-encompassing understanding of the novel transformations.

Catalysis has had a tremendous effect on the field of organic chemistry as a whole over the past half-century.  We are also interested in developing new catalytic methods not involving photoexcitation as the third major focal point of the Welin Lab's research.  In this area, new  methods will be aimed at the construction of motifs of value to the synthetic and pharmaceutical communities. 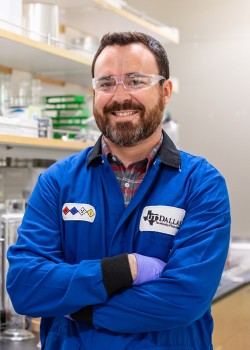 The Cancer Prevention and Research Institute of Texas (CPRIT) recently awarded $2 million to The University of Texas at Dallas as part of the organization’s program to recruit top talent in cancer research to the state.

The First-Time, Tenure-Track Faculty Member grant will support the research of Dr. Eric Welin, an assistant professor of chemistry who joined the faculty of the School of Natural Sciences and Mathematics (NSM) this fall.