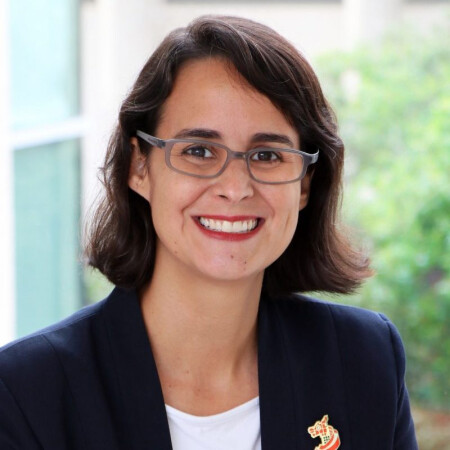 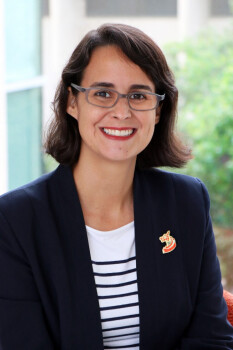 ATEC’s newest tenure-track faculty member, Dr. Christine Veras, is one of those who will be working to involve students as she opens her new lab. Veras researches the integration of physical and digital technologies to explore the multimedia possibilities of animation.

“With a PhD focus on animation, Christine brings a unique perspective on the field of animation as an area of research,” Balsamo said.

Get Some Symphonic Music With Your Space Travel 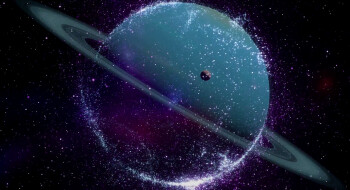 The Richardson Symphony will combine classical music with animation — and astrophysics — at its concert at the Eisemann Center this Saturday. Art & Seek’s Jerome Weeks says, think of it as akin to the Walt Disney movie, ‘Fantasia’ – but with NASA footage. And multi-media artworks in the lobby.

A Look Back at Animation History

Christine Veras, a doctoral candidate from Nanyang University in Singapore, reported on the combination of images possible in the 19th-century optical device known as the zoetrope. The zoetrope was a rotating cylinder with slits cut in its top and strips of sequential images positioned at the bottom of its interior.

When you looked through the slits as the drum rotated, you would see the images appearing to move — generally, a simple action repeated over and over as long as the drum rotated. Virtually everyone who knows about zoetropes thinks of them as using one strip at a time; to see more action, you changed strips and spun the drum again.

But Veras displayed an ad from a 19th-century supplier of zoetrope strips that described how two different strips could be overlapped to produce surprising transformations from one moving image to another — thereby prefiguring film editing, and even the cinema itself, by several decades.