His interests lie in the broad area of information theory and signal processing, with applications in wireless communications and medical imaging.

Associate Professor
The University of Texas at Dallas [2002–Present]

Assistant Professor
The University of Texas at Dallas [1999–2002]

If you’ve ever wished your cellphone had greater range, better sound quality and longer battery life, then rest assured Dr. Aria Nosratinia is doing what he can to make your dream come true. And for his efforts, the UT Dallas professor has been named an IEEE fellow, one of the highest honors bestowed by the Institute of Electrical and Electronics Engineers. The tribute recognizes him for more than 10 years of work in communication and information theory, particularly his ongoing work on what’s known as cooperative wireless communications.

Two professors from The University of Texas at Dallas were named to the 2016 list of Highly Cited Researchers from Clarivate Analytics, formerly the Intellectual Property and Science business of Thomson Reuters.
Dr. Aria Nosratinia
of the Erik Jonsson School of Engineering and Computer Science and Dr. Mike Peng of the Naveen Jindal School of Management are among the researchers recognized for having a significant global impact within their respective fields of study.
The list contains about 3,000 researchers in 21 fields of the sciences and social sciences. This year, the citation analysis focused on contemporary research achievement: Only highly cited papers in science and social sciences journals indexed in the Web of Science Core Collection during 2004-2014 were surveyed.

To support this research, the National Science Foundation has awarded three grants totaling more than $2 million this fall.

“With the increased number of wireless devices, including future expectations for the Internet of Things, wireless space will become increasingly crowded. Addressing interference is crucial to the future of wireless Internet,” said Nosratinia, who is the associate head of the electrical engineering department in the Erik Jonsson School of Engineering and Computer Science.

RICHARDSON, Texas (Nov. 15, 2004) – A group of engineering professors at The University of Texas at Dallas (UTD) has received two grants from the National Science Foundation (NSF) totaling $950,000 to conduct advanced research of wireless and optical communications networks.

One grant, a four-year, $450,000 award, will fund the search for “smarter” methods and principles that could enable wireless devices, including cellular phones and laptops, to act as potential relay points for other users’ transmissions, creating what has been termed “cooperative wireless networks” and improving the overall performance of wireless communications. 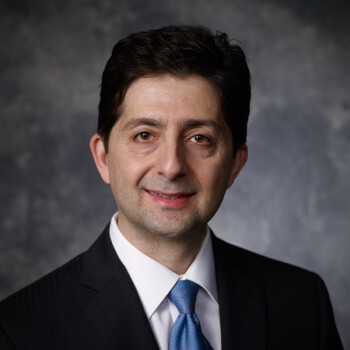 The National Science Foundation (NSF) awarded Dr. Aria Nosratinia $449,410 for his research on CIF: Small: Community Detection Meets Non-Graph Data: Principles and Applications. The project focuses on the development of the field of graph inference in the presence of non-graph data. Dr. Nosratinia’s research analyzes the information limits of label recovery with side information and explores how side information affects the limits of efficient local algorithms such as belief propagation, as well as other efficient algorithms such as semi-definite programming.