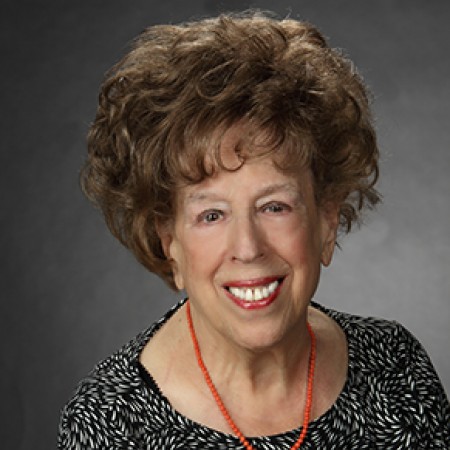 TRANSLATION OF HER BIOGRAPHY ON RADNOTI

REVIEWS ON ACTIVITIES RELATING TO THE CHAIR

Zsuzsanna Ozsváth is Director of the Holocaust Studies Program. She has published a number of articles, dealing with aesthetic and ethical issues in French, German, and Hungarian literature as well as with the relationship between art and totalitarian ideology. Since the eighties, she has undertaken several translation projects and worked on various branches of Holocaust Studies.

In the field of translation, she started out with rendering and publishing a significant number of German and Hungarian poems and short stories in such journals as Poetry, Judaism, The Hungarian Quarterly, Partisan Review, The Webster Review, Literary Review, Osiris, Congress Monthly, just to mention a few. But the culmination of her work in this field have been three volumes of poetry (each with Fred Turner), involving some of the greatest poets of Hungary: Foamy Sky: The Major Poems of Miklós Radnóti (Princeton: UP, 1992 reprinted Budapest: Corvina, 2000, bilingual edition) The Iron-Blue Vault: Attila József, Selected Poems (New Castle upon Tyne: Bloodaxe, 1999), and a brand new, unpublished volume, Light among the Shade: Eight-Hundred-Years of Hungarian Poetry.

Besides Ozsvath's translation projects, she has become involved in Holocaust Studies. Completed in November 1997, In the Footsteps of Orpheus: The Life and Times of Miklós Radnóti, 1909-1944 has been published by Indiana UP, 2000. Besides translating and writing a number of essays on Radnóti, Ozsváth has published several articles on such writers and poets of the Holocaust as Kosinski, Celan, Nelli Sachs, including several Hungarian Holocaust novelists. Her talk in the United States Holocaust Memorial Museum, "Trauma and Distortion: Holocaust Fiction and the Ban on Jewish Memory in Hungary" (2004, March), has been published in a volume Hungary 60 Years after, by Columbia UP 2006. Her talk at Indiana University, "From Country to Country: My Search for Home" (2006, March), was published in the volume The Writer Uprooted: Contemporary Jewish Exile Literature, by Indiana UP, 2008. Her article, "Playing during the Siege," was in the Sewanee Review, spring, 2010, and her new book, When the Danube Ran Red, by Syracuse Press, will appear in summer 2010.

Besides her translations and scholarly writings, Ozsvath is Associate Editor and East European Editor of Common Knowledge, a publication of Duke University Press. Invited speaker at a number of national and international professional conventions, she also is frequently interviewed by newspapers and television stations in this country as well as in Hungary. Furthermore, she consults with and is on the board of such professional, civic, and community organizations as the ZOA, the Educational Committee of the Jewish Federation, The Dallas Memorial Holocaust Center, and The David Wyman Institute for Holocaust Studies.

Holocaust Scholar to Be Honored at Event Benefiting Research Fund 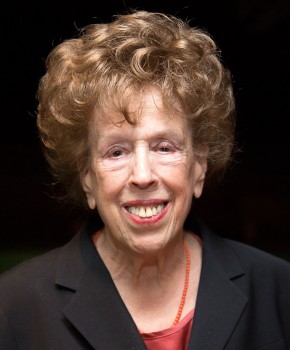 The Ackerman Center for Holocaust Studies will honor Holocaust scholar and professor Dr. Zsuzsanna Ozsváth on Sunday with a special event to commemorate her more than 30 years with UT Dallas.

“An Evening with Zsuzsi” will recognize the founder of the Holocaust Studies program, as well as establish the Istvan and Zsuzsanna Ozsváth Research Fund, which will help students conduct original research and attend and present research at conferences. The event will be from 5:30 to 8:30 p.m. in the UT Dallas Visitor Center and University Bookstore atrium. To register to attend or for information about giving opportunities, click here. 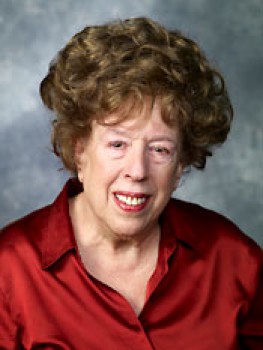 Dr. Zsuzsanna Ozsvath, the Leah and Paul Lewis Chair of Holocaust Studies at UT Dallas, has been named to a newly formed state commission by Gov. Rick Perry.

The Texas Holocaust and Genocide Commission is intended to provide educational materials to schools and colleges and help implement course studies and awareness programs of the Holocaust and other genocides.

Says Dr. Ozsvath, “I feel honored to be chosen for this important office, and I’ll serve with pleasure the State of Texas, where I found my home 45 years ago.” 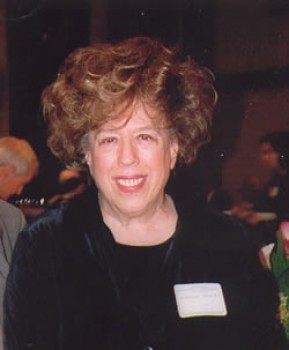 RICHARDSON, Texas (Nov. 5, 2003) - Dr. Zsuzsanna Ozsváth, for many years a distinguished literary scholar and historian in the School of Arts and Humanities at The University of Texas at Dallas (UTD), has been appointed to hold the university's newly created Leah and Paul Lewis Chair of Holocaust Studies.

The chair was endowed in honor of Leah and Paul Lewis by their daughter and son-in-law, Miriam Lewis Barnett and Mitchell Barnett, with the support of many family members, friends and admirers of their path-breaking work to raise awareness about the Holocaust. Over more than three decades, Mr. and Mrs. Lewis built more than 15 memorials dedicated to the victims of the Holocaust in synagogues, centers and museums throughout the United States. In recognition of his leadership, then-President Jimmy Carter appointed Paul Lewis to the United States Holocaust Memorial Commission in 1976. Leah Lewis died in 1981 and Paul Lewis in 1984. 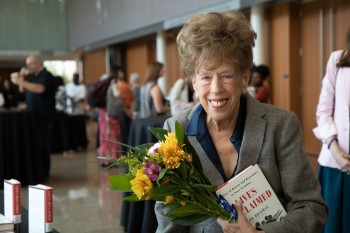 Dr. Zsuzsanna Ozsváth, a Hungarian-Jewish Holocaust survivor who founded the Holocaust Studies Program at The University of Texas at Dallas, is retiring after 37 years of teaching, research and writing.

Ozsváth will officially retire Sept. 1, leaving behind a legacy of impacted lives and the creation of a program that has grown beyond her dreams.

“Zsuzsi has brought so much to the UT Dallas campus,” said Dr. Inga Musselman, UT Dallas provost, vice president for academic affairs and the Cecil H. Green Distinguished Chair of Academic Leadership. “Students, faculty, staff and community members have been enthralled by her stories and her extensive knowledge of not only the Holocaust, but also of European literature.”