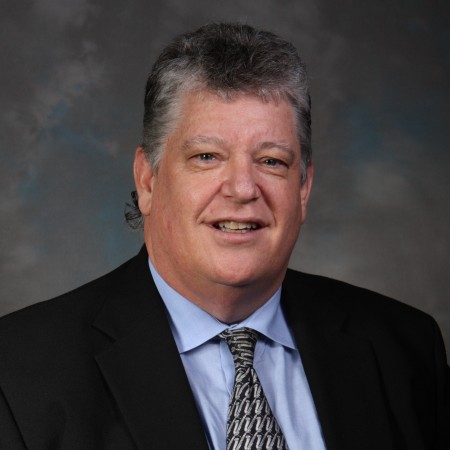 For more than forty years Winston Stone's professional life has been devoted to music, the arts and humanities, and education. As a professional musician and woodwind specialist in the New York metropolitan area, and more recently in the Dallas-Fort Worth metroplex, he has had the privilege of performing with numerous accomplished artists in a variety of settings. Highlights include performing at the Grand Teton Music Festival, Carnegie Recital Hall, Arundel Castle, England for the Duke of Norfolk, and the Vail Music Festival with President Gerald Ford in attendance. Stone's skills in popular music and jazz have been called upon to perform with Tony Bennett, Ray Charles, Aretha Franklin, Johnny Mathis, and James Taylor, to name a few. As a featured soloist on clarinet and saxophone, he has been asked to perform with the Dallas Symphony Orchestra, the East Texas Symphony, the Richardson Symphony, and at the Mobile Jazz Festival.

As an educator, Stone has taught music classes at the elementary, secondary, and university level. His interdisciplinary approach to education has led him from a position of tour guide at the Guggenheim Museum in New York to guest speaker for the Orton Society for Dyslexia. As a founding member of the group "Dream Collectors," Stone has added composing and acting to his palmares. The group creates programs on a regular basis, the most recent being "For Every Action...or the Matter of Choice." The troupe has performed a variety of original programs at the Science Place, Brownsville Reads!, the Aspen Music Festival, and at more than one hundred schools in the Dallas ISD. Concurrently, Stone has led a group of musicians for the Texas Winds Musical Outreach program at numerous adult daycare centers and nursing homes.

In the field of scholarship he has recently been invited to present a paper, "The Onstage Instrumental Musician as Theatre Performer," at the 4th International Conference on Arts in Society in Venice, Italy in July, 2009. 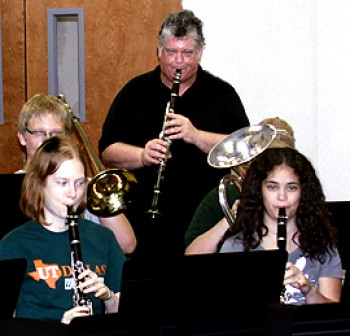 Winston Stone first envisioned a pep band for the University of Texas at Dallas when he was an adjunct professor few years ago. Piquing his interest was the idea of having a pep band at pre-tournament pep rallies that would inspire the UT Dallas Chess Team to victory.

Scheduling conflicts didn’t allow Stone’s idea to come to fruition for a few years. By this past spring, however, everything began falling into place. Students showed an interest, and the topic of having a pep band was broached several times from various quarters. He won approval for a budget from the School of Arts and Humanities as well as full support from the Provost Office and the Student Activities Center