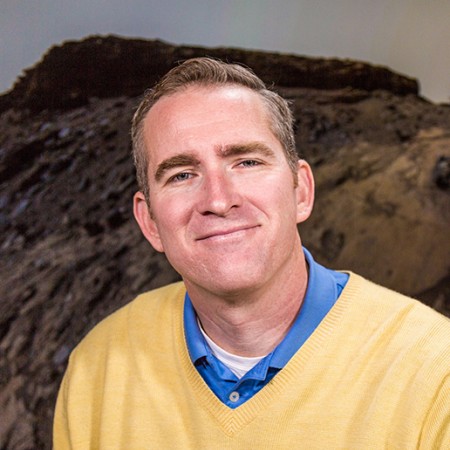 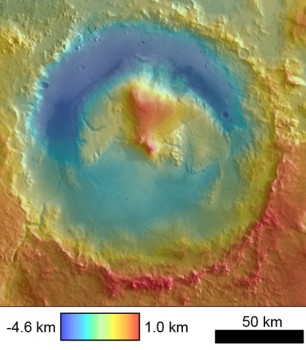 By seeing which way the wind blows, a University of Texas at Dallas fluid dynamics expert has helped propose a solution to a Martian mountain mystery.

Dr. William Anderson, an assistant professor of mechanical engineeringin the Erik Jonsson School of Engineering and Computer Science, co-authored a paper published in the journal Physical Review E that explains the common Martian phenomenon of a mountain positioned downwind from the center of an ancient meteorite impact zone.
Anderson’s co-author, Dr. Mackenzie Day, worked on the project as part of her doctoral research at The University of Texas at Austin, where she earned her PhD in geology in May 2017. Day is a postdoctoral scholar at the University of Washington in Seattle.