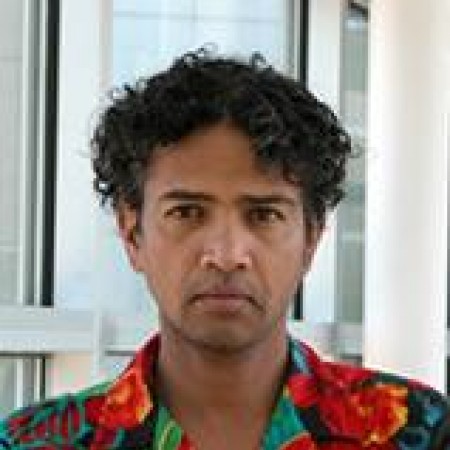 My central focus in research is the mathematics of control theory, especially as applied to new applications arising in the microworld. In addition to the core research in the theory of control and estimation of nonlinear systems, and its interaction with the theory of partial differential equations and exterior differential systems (and their Lie symmetries), I have been involved for the past five years in research in chemical physics. The principal thrust here has been the development of systematic design of external laser impulses for femtosecond photochemistry. Once again, since the mathematical basis is control theory and its role in the quantum regime these techniques are applicable to similar areas of application (and have indeed been applied) such as semiconductor heterostructures, inversion of molecular potentials and dipoles.
I am currently working on developing algorithms for design of basic logic gates for quantum computation with a single atom or molecule (interacting with an external pulse) as the physical vehicle. Other related research has been in (collaboration with L. R. Hunt) the areas of nonlinear inversion and a version of the stable and unstable manifold theorems for systems interacting with an external input. Our hope is to extend this to say something meaningful about signal processing, filtering, and estimation in a nonlinear context. In addition I am interested in obtaining results on exterior differential systems of varying dimensions for applications to nonlinear partial differential equations with degeneracies.

Visiting Assistant Professor
The University of California at Davis [1991–1992]

2018–2018 Non-Unitary Models in Quantum Control, presented by Dr. R. Kosut on my behalf the IEEE Conference on Decision and Control, Las Vegas, NV.

Path Planning for Systems With Drift on Compact Lie Groups

Parametrizing Orthogonal and Other Structured Matrices in Dimension Four

2018–2018 Novel Parametrizations of Quantum States & Channels, in the Conference on Modern Problems of Theoretical & Mathematical Physics, organized by UNESCO Regional Bureau for Science in Europe, Georgian Academy of Sciences & Tbilisi State University, Georgia (Note: I was unable to attend due to the elaborate visa requirements of the Georgian consulate).

Path Planning for Systems with Drift, Motivated by and Applied to Quantum Control

2018–2018 Path Planning for Systems with Drift, Motivated by and Applied to Quantum Control, to be given on Dec 2000, CDC Conference, Sydney, Australia.