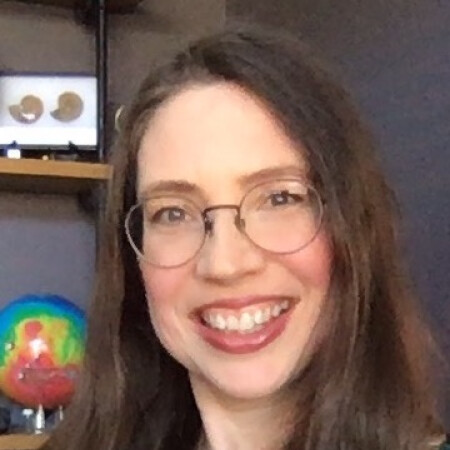 As faculty and an administrator in the Department of Science/Mathematics Education (SME), my professional work reflects a passion for STEM education at all levels, as well my own academic background. By training I am a planetary scientist with B.S. degrees in geophysics and physics/astrophysics and a M.S. and Ph.D. in astrophysical, planetary, and atmospheric sciences from the University of Colorado at Boulder. My scientific research expertise is in thermal properties of planetary regoliths such as those of the Moon, Mars, icy Galilean satellites, and asteroids.  I also have a keen interest in integrated science, and in particular, astrobiology. I was a Caltech Postdoctoral Scholar at NASA JPL for the Mars Microprobe mission and a National Research Council Postdoctoral Fellow in the Mars Exploration Center at NASA Ames Research Center.

I developed a passion for education & public outreach (EPO) while in graduate school that grew in my postdoctoral years. In 1997, I authored my first curriculum for precollege students, Reaching for the Red Planet, winning a national Eisenhower Clearinghouse for Mathematics and Science Education Digital Dozen award as a web-based resource. Also, in 1997 I was the first graduate student accepted to attend NASA’s 3-day Precollege Education Workshop for Space Scientists. That inspiring experience woke in me a driving passion to share science with others and, in particular, a dedication to working with teachers as a high-leverage approach to impact precollege education.  After years of NASA-focused EPO volunteer work, my professional focus shifted to education when I joined the faculty of the university in 2002. I have served as Head of SME since 2011 and Director/Co-Director of the secondary STEM teacher preparation program UTeach Dallas since 2007.  I am the physics and space science content expert for SME’s Master of Arts in Teaching degree programs, teaching a variety of courses in those subjects. I have been PI for two NSF Robert Noyce Scholarship Program grants, ending in 2020, along with a supplement for a multivariable calculus course improvement project. I am a Co-PI on interdisciplinary physics education and computational thinking project funded by the NSF through the end of 2021, and a member of two other interdisciplinary research groups. I also lead foundation grants in support of my department’s academic programs.

I have served as lead and co-lead for Education and Public Outreach on NASA-funded projects, most notably the UT Dallas-built NASA Couple Ion Neutral Dynamics Investigation (CINDI) mission of Opportunity from 2003 – 2011. From 2010 to 2018, through the end of federal funding under No Child Left Behind, I served as Project Director for the UT Dallas Texas Regional Collaboratives (TRC) for Excellent in Science Teaching and as Co-Project Director from 2006– 2010.  In 2014 I was invited to write a conceptually-based physics assessment for teachers that was deployed statewide. I have been Project Director for multiple programs through Texas Education Agency and the Texas Higher Education Coordinating Board. In 2016, I brought TRC funding for Mathematics and WeTeach_CS Collaboratives to the university and led the department’s invited application and membership into the national 100kin10 organization. I assisted in the design of the Expanding Universe Gallery at the Perot Museum as a content expert, authored electronic resources for National Geographic, and am the founding faculty advisor of the Women in Physics camps for middle school and early high school students.I remain passionate about, and active in, science communication with students, teachers, and the public.
I currently serve as the President of the national UTeach STEM Educators Association, a UTD representative for Texas Space Grant, and the 4-Year College representative for the executive committee of the Texas Section of the American Association of Physics Teachers. My scholarly and creative work continues in curriculum design, professional development, and assessment.   Integration of STEM across traditional disciplinary boundaries has led me to work on interdisciplinary teams in STEM education and research involving educators, physicists, computer scientists, animation experts, geoscientists, biochemists/chemists, and mathematicians.

New Installment in Cindi Series Explores Disturbances in Earth's Ionosphere Complex science can be captured in comic-book form — a fact two UT Dallas researchers set out to prove five years ago, and are doing again with the second installment of a comic book series aimed at high-school students. Read more..

Urquhart’s presentation will be the fourth of five talks in the UTD Center for Science Education Research’s 2004-2005 Seminar Series for Life-Long Learners. The sessions, presented by members of the university’s Science/Mathematics Education faculty on subjects in the fields of science and math, are aimed at classroom teachers and other educators, young adults, parents and grandparents of students and others. 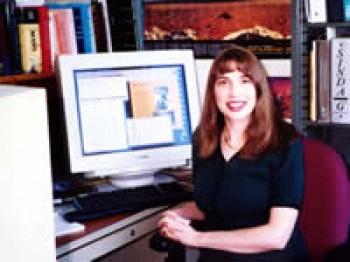 RICHARDSON, Texas (Jan. 22, 2004) — A planetary scientist at The University of Texas at Dallas (UTD) has been selected to serve on a National Aeronautics and Space Administration (NASA) team that will develop lesson plans on the Internet for elementary and secondary school students based on ongoing discoveries being made by the space agency's Mars Exploration Rovers.

Dr. Mary L. Urquhart, an assistant professor of science education and physics and member of UTD's William B. Hanson Center for Space Sciences, will join a handful of classroom teachers, scientists and educators from throughout the country on the education panel.