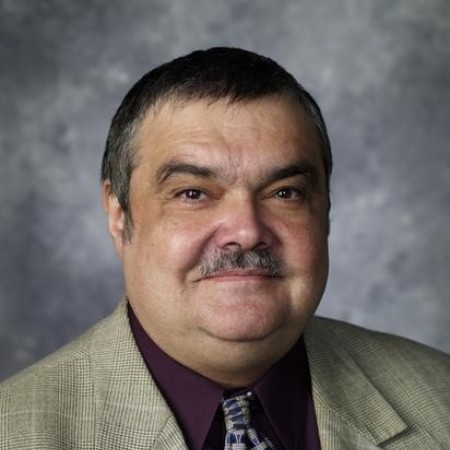 1. Enhancing students interests and skills in mathematics.
I am the Director and Founder of AwesomeMath, which includes a summer program for students training to succeed at the Olympiad level, a correspondence-based lecture series for students continuing education, called AwesomeMath Year-round, and Mathematical Reflections, a free online journal focused primarily on mathematical problem solving. The main purpose of this initiative is to give students an opportunity to engage in meaningful learning activities and explore in detail areas in advanced mathematics. AwesomeMath's primary focus is on problem-solving. I use it as a tool to enhance students' interest and skills in mathematics.

I believe that there are two major parts in significant mathematics teaching and learning: higher concepts (introducing and developing new topics) and applying those concepts creatively to concrete problems (bringing life to the new topics). These two areas rely on each other, but we focus primarily on the latter. I feel that certain advanced mathematics topics are best introduced to young students by motivating the concepts through problems that encourage investigation.

I am actively involved with mathematics competitions at the secondary and undergraduate levels.  I write and contribute questions for the American Mathematics Competitions examinations as well as the International Mathematics Olympiad and the W. L. Putnam competition.

I would like to involve undergraduate students in my research.  My area of research is an ideal entrance point to research for talented students, since it does not require a lot of background while offering abundance of open problems.  In addition to the problems I can suggest, the students can also easily make their own conjectures, experiment by using Computer Algebra Systems, attack special cases, generalize and transfer ideas from one case to another, and learn and use various techniques while trying to resolve the problems.  Thus they would experience first hand all the phases and subtleties of doing original research.

2. Diophantine Analysis, with emphasis on Quadratic Diophantine Equations.
This research area focuses especially on the study of the general Pell's equation, which is connected to problems from various domains of mathematics and science, such as Thue's Theorem, Hilbert's Tenth Problem, Euler's Concordant Forms, Einstein's Homogeneous Manifolds, Hecke Groups, and so forth.  I have obtained numerous original results such as:

Keynote speaker at MathCamp in Vancouver

Keynote speaker at the Gauss private school in Lima, Peru

Worked with Brazilian students preparing for their National Olympiad and the IMO at "Farias Brito" School in Fortaleza, Brazil

1995-2002 Director of the Mathematical Olympiad Summer Program (MOSP) and Leader of the US delegation to the IMO. In addition to MOSP teaching responsibilities, oversaw the work of the other instructors and closely supervised their teaching.

1983-1989 Counselor, Romanian Ministry of Education. Designed and implemented specialized programs to optimize the education of gifted middle and high school students, involving close interaction with university professors and senior teachers associated with Romania's best secondary schools. Assistant Coach of the Romanian Mathematics Olympiad Team and Deputy Leader of the Romanian Team for the Mathematical Contest of the Balkan Countries and the IMO.

2001-2003 On the list of MAA lecturers. The MAA has a program whereby each MAA section may invite at the MAAs expense one speaker from the list to lecture at their annual section meeting.

1995 Certificate of Appreciation Presented by President of the MAA for "Outstanding service as Coach of the USA Mathematical
Olympiad Program in preparing the USA Team for its perfect performance in Hong Kong at the 1994 IMO".

1994 First place winner of Edith May Sliffe Award for Distinguished High School Mathematics Teaching, awarded by President of the MAA.

1983 Distinguished Teacher Award bestowed by the Romanian Secretary of Education.