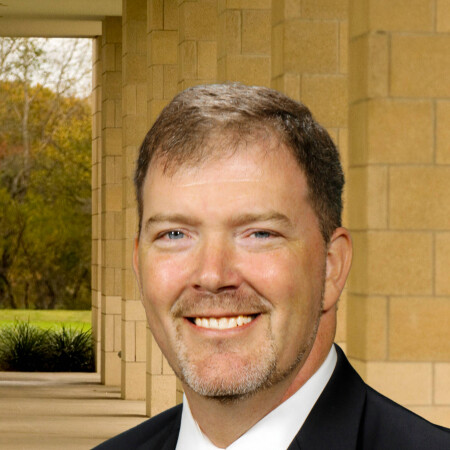 Associate Professor of Practice of Public Policy and Political Economy

Dr. Bray's current research focuses on the development of multidimensional indicators for quality of life and disparities in quality of life. He was instrumental in the Institutes launch of the Wholeness Index, a comprehensive index of disparities in quality of life that taps 12 key dimensions of social dislocation. These dimensions are representative of those identified in academic literature and, more importantly, were vetted through representatives of the underserved communities in Dallas. In addition, Dr. Brays research includes the development and application of hierarchical models to explain variation in neighborhood levels of social dislocations, including assessing and controlling for spatial dependence in the data. Dr. Bray is also working to develop new and promising methods for evaluating the impact of individual community development programs in the context of the effects of their peer programs, with an emphasis on identifying the outcomes of their collective efforts, separate from the outcomes of their individual efforts.

Assistant Professor of Criminology
University of Texas at Dallas [2002–2006]

The Effect of Socio-Economic Disadvantage and Racial Composition on Neighborhood Homicide: An Application of the Massey-Denton Racial Concentration Index

Are Sex Offenders Different? An Analysis of Re-Arrest Patterns

Racial Disparity: Is It Due to "Justice by Geography?"

Works in Progress - In Preparation

Dr. Timothy Bray serves as director of the Institute. As the only research institute to be established by a grass roots community building organization, the Institute retains a flavor that makes it unique among its peers. IUPR truly believes that the fruits of research must serve the underserved by motivating the caliber of sustainable change necessary to improve quality of life and build a better world. The Institute continues to build friendships in the communities we serve, helping residents realize their visions of lasting change.

Dr. Bray is also on the faculty of the School of Economic, Political, and Policy Studies at the University of Texas at Dallas, where he teaches in the political economy and criminology programs. He teaches graduate and upper division courses in quantitative methodologies and structural correlates of social disorganization. He also mentors graduate students, and involves graduate and undergraduate students in the research work of the Institute.

Dr. Bray serves on the Board of Directors of the North Texas Housing Coalition and the Executive Committee of the Urban Institute's National Neighborhood Indicators Partnership, In addition, he advises a number of local organizations on issues of equity and sustainability.

Dr. Bray received his Ph.D. in Criminology from the University of Missouri-St. Louis. Prior to earning his doctorate, Dr. Bray served as an Assistant Bureau Chief with the Illinois State Police, where he headed the strategic and operational research units. Upon leaving the State Police, Dr. Bray was awarded the Achievement Medal for his innovative approach to solving contemporary and traditional policing issues.

Texas’ uninsured rate for children remains among the highest in the nation, according to the latest report on children’s health care, education, economic security and safety from Children’s Health and researchers at UT Dallas.

Researchers from UT Dallas are partnering with Genesis Women’s Shelter & Support and the Conference on Crimes Against Women (CCAW) in a planning grant to develop an institute and an educational curriculum to better serve victims of domestic violence across Texas.
The W.W. Caruth Jr. Foundation at Communities Foundation of Texas awarded the $530,000 grant to CCAW, the national conference hosted annually by Genesis and the Dallas Police Department.

The number of Dallas County children with some form of insurance has increased, but other troubling trends continue in the health, economic security, safety and education of local youth, according to a new report from UT Dallas and Children’s Medical Center.
Researchers at UT Dallas’ Institute for Urban Policy Research compiled the data for the 2013 report, Beyond ABC: Assessing Children’s Health in Dallas County. The 12th edition of the report focuses exclusively on children in Dallas County and aims to offer a foundation for understanding the socioeconomic and health issues they face.

Nearly 30 percent of children in Dallas County are living in poverty, according to a Children’s Medical Center report compiled by the Institute of Urban Policy Researchat UT Dallas.

The report, Beyond ABC 2011: Assessing Children’s Health in Dallas County, examines the quality of life of area children. Dr. Timothy Bray, head of the Institute and a faculty member in the School of Economic, Political and Policy Sciences, was one of several panelists who discussed the findings during a recent symposium moderated by KDFW Fox 4 news anchor, Clarice Tinsley, at Children’s Medical Center.

The Dallas Police Department receives an average of 42 domestic violence-related 911 calls every day, according to a new report that University of Texas at Dallas researchers wrote for the Dallas Domestic Violence Task Force.

The University’s Institute for Urban Policy Research (IUPR) collected and analyzed extensive data on domestic violence for the city for the fourth year in a row, detailing the number of incidents reported to police, lack of shelter space and the outcome of domestic violence cases in the courts as part of a 57-page report.

Evaluation of the United 2020 Initiative

Technical and Analytical Support for Beyond ABC Report

Evaluation of the 'Dallas Cares for Kids' Initiative