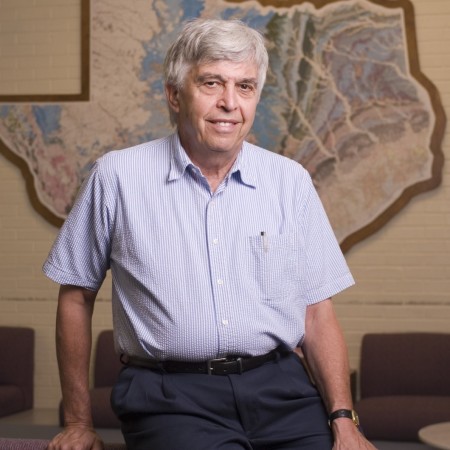 In 1966, Dr. Salamon joined the Department of Physics at the University of Illinois, one of the top-ranked physics departments in the United States.

During 1995-96, Salamon served as a distinguished visiting professor with the Japan Ministry of Education at Tsukuba University, and in 1996 was the Matthias Scholar at Los Alamos National Laboratory. From 2000-2006 he was the associate dean and director of the Experiment Station in Illinois' College of Engineering.

In 2006, he joined The University of Texas at Dallas as Dean of the School of Natural Sciences and Mathematics.

Dr. Salamon is noted for his research in experimental condensed matter physics, phase transitions, superconductivity and the properties of magnetic materials.

Skyrmion Strings and the Anomalous Hall Effect in CrO2

2003–2003 Skyrmion Strings and the Anomalous Hall Effect in CrO2, University of New Mexico

University of Illinois Physicist Dr. Myron Salamon To Become Dean of Natural Sciences and Mathematics at The University of Texas at Dallas 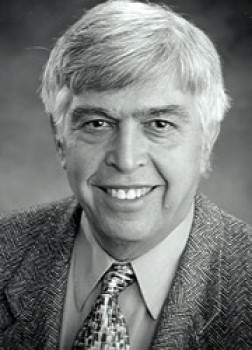 RICHARDSON, Texas (July 19, 2006) — Dr. Myron B. Salamon, professor of physics and associate dean of the College of Engineering at the University of Illinois at Urbana-Champaign, will become dean of the School of Natural Sciences and Mathematics (NS&M) at The University of Texas at Dallas (UTD), effective Oct. 15.  Salamon will also hold a newly endowed distinguished chair position in physics.

"I was attracted to UTD by its drive to become a major public research university and, in particular, by NS&M’s pivotal role in achieving that goal,” Salamon said.  “My aim is to make the school a model for 21st Century academic research and education.  It will draw strength from traditional disciplines, but will attack scientific and technological problems and the training of young scientists from an integrated, cross-disciplinary perspective.”