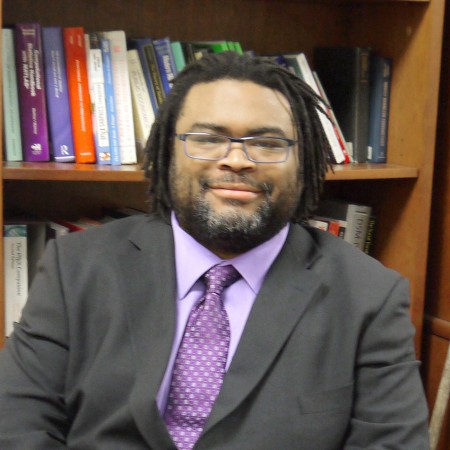 Fellow of the Vibhooti Shukla Professorship of Economics

Director of the Texas Schools Project

2018–2018 Lecturer in the annual meeting of the Latin American Association of Students, February, 1999, Austin, Texas, USA.

The Political Vote of Mexicans Abroad: A Jurisdictional Perspective

Dr. Rodney Andrews, director of the Texas Schools Project at The University of Texas at Dallas, has been named a member of the second cohort of Greater Texas Foundation Faculty Fellows. The three-year program builds research and teaching abilities of Texas college tenure-track faculty working in areas related to student success.

Andrews will receive more than $81,000 over three years to support his research project, “The Effects of Targeted Recruitment Programs Implemented by Texas’ Flagship Universities.” Fellows also gain access to professional development opportunities and guidance related to their intended career trajectories.

Texas Schools Project director Dr. Rodney Andrews says “everybody has had an exceptional teacher, so we know that teachers matter.” But empirically proving the effects teachers have on their students is more complex.

Researchers at the Texas Schools Project (TSP), which moved to UT Dallas in 1997, were among the first to publish research on teacher quality, Andrews said. With a $1.475 million grant from the U.S. Department of Education, the TSP is exploring other elements of K-12 education.

Researchers from six universities across the country recently were approved for new projects using data from the UT Dallas Education Research Center (UTD-ERC). The center’s joint advisory board accepted the four research projects, which focus on Texas students, teachers and schools, on Dec. 9.
Dr. Rodney Andrews, senior researcher and director of the Texas Schools Project, which houses the UTD-ERC, said the center aims to answer policy-relevant questions by using empirical methods and detailed data.

“According to the feedback from the Texas Higher Education Coordinating Board and members of the advisory board, these [new endeavors] are the sorts of projects that could prove to be informative in regards to educational policy in the state of Texas, and certainly, nationally,” said Andrews, who also is an assistant professor of economics in the School of Economic, Political and Policy Sciences.