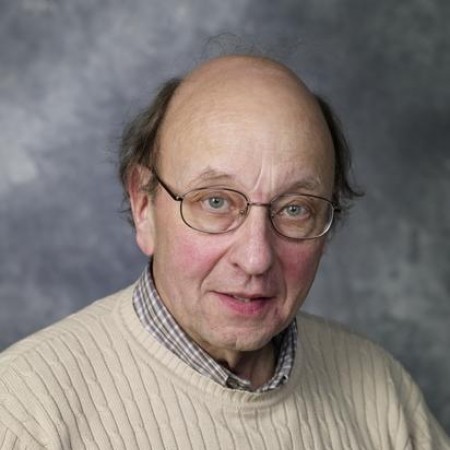 During my academic career, I have mentored 25 students to their Ph.D. (22 at UTD). My experimental work centers on the measurement of optical properties of solids with emphasis on modulation spectroscopy, Raman scattering and photoluminescence. Materials recently or currently studied include III-V compounds, both wide and narrow band gap semiconductors, elemental amorphous materials, nanomaterials, semiconducting silicides, thermoelectric materials and photonic crystals.
Projects:

1. Properties of metal silicides. These have importance as silicon based light emitting devices. An ion-implanted FeSi2 device, emitting light at 1.5 microns, was developed at the University of Surrey, England. It is exciting because a silicon based infrared emitter is economically desirable for long distance fiber optic communication. This work has been the trigger for a full exploration of the electronic and vibrational properties of semiconducting silicides including FeSi2, OsSi2 and Ru2Si3. We have studied these materials by Raman and photoreflectance spectroscopies.
2. Wide band gap semiconductors, particularly GaN and AlN. These are of interest for blue and ultraviolet LEDs and lasers. We have a vacuum ultraviolet modulated reflectivity spectrometer with which we have been studying these materials out to 10 eV.
3. Narrow gap semiconductors, particularly InGaSb alloys. Moving toward the other end of the spectrum we have developed an apparatus that is capable of measuring modulated reflectivity (photoreflectance or electroreflectance) signals in the mid infrared. At this point, we have demonstrated our ability to measure photoreflectance signals down to 0.5 eV.
4. We are developing photoreflectance as a contactless technique for studying defect and surface states in semiconductors. It is basically an optical deep-level-transient-spectroscopy (DLTS) technique and requires measurements of photoreflectance spectra as a function of modulation frequency and temperature.
5. In collaboration with the NanoTech Institute at UTD, we are investigating hydrogen storage properties of nanotubes.

Student Involvement-Present and Past.
In the context of local ties with the semiconductor industry, several of the UTD Ph.D. graduates from our group deserve particular mention. Dr. Gary Frazier is the manager of the Nanoelectronics group at Raytheon. Prior to assuming his managerial responsibilities, he was a TI Fellow. Dr. Joe Estrera is Chief Technology Officer and Director of Engineering for Northrop Grumman in Garland, Texas. Also, Dr. Tim Ostromek, Dr. Adriana Giordana and Dr. Loig Bourree are research scientists at Northrop Grumman. Dr. Glen Birdwell is a research scientist at MEMC in Sherman, Texas. Dr. Steve Collins is manager of research programs for the NanoTech Institute at UTD. Currently, Justin Schaefers is working on a collaborative Ph.D. project with Northrop Grumman.

on Special Faculty Development Assignment from UTD and appointed as Visiting Professorial Research Fellow under an award from the UK Engineering and Physical Science Research Council
University of Surrey, Guildford, Surrey, England [1996–1997]

Professor
The University of Texas at Dallas [1990–Present]