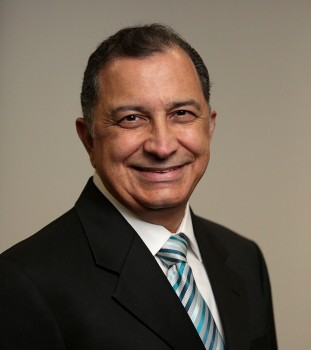 The Erik Jonsson School of Engineering and Computer Science has added nine new tenured and tenure-track faculty members this year, expanding its roster of researchers and teachers. With the new hires, the school continues its recent trend of expansion and growth. Since 2008, the school has doubled in size with the creation of four new departments and nine new degree programs.


The new faculty members work in a variety of areas, collectively creating a diverse range of expertise. Their research interests cover renewable energy, software engineering, and dynamic systems and control. Some of the new professors come to UT Dallas from postdoctoral research positions, while others held research positions at places such as Sandia National Laboratories in Albuquerque, New Mexico.

Dr. Poras T. Balsara, associate dean for academic affairs and professor of electrical engineering in the Erik Jonsson School of Engineering and Computer Science, has been elected a fellow of the Institute of Electrical and Electronics Engineers (IEEE) for contributions to the design of all-digital frequency synthesizers.
IEEE is the world’s largest professional association for the advancement of technology, with 400,000 members in 160 countries. The rank of fellow is conferred by the IEEE board of directors upon a person with an outstanding record of accomplishments in any IEEE field, and is the highest grade of membership. Balsara is among the less than 0.1 percent of the membership selected this year to receive the honor.

The fast growth and strong reputation of the Erik Jonsson School of Engineering and Computer Science continues to attract faculty members eager to build on current competencies.