Director of the Ackerman Center for Holocaust Studies

Interim Dean of the School of the Arts and Humanities

Moritz Steinschneider and the Noble Dream of Objectivity

Back to the Future: History as Memory in Hermann Levin Goldschmidt's Work

Jewish Provinciality and Cultural Heritage: The Production of Worms as a Destination in Modern Jewish History

At University of Southampton

Dr. Nils Roemer has been appointed as director of the Ackerman Center for Holocaust Studies at The University of Texas at Dallas.

“It has been a tremendous privilege to be a part of the center since arriving at UT Dallas almost 10 years ago,” Roemer said. “I am thrilled to assume the role as director and help maintain its zenith trajectory as a nationally and internationally recognized Center of Holocaust Studies.

Holocaust Experts to Share Their Findings at Scholars' Conference 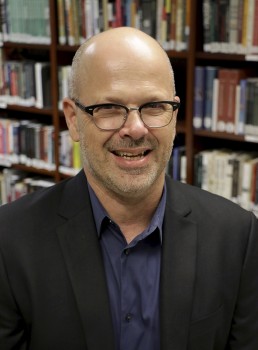 The UT Dallas Ackerman Center for Holocaust Studies will welcome some of the world’s foremost Holocaust scholars, theologians and survivors for the 48th Annual Scholars’ Conference on the Holocaust and the Churches on March 3-5.
The collection of experts will share their findings in hopes that the lessons of the Holocaust will remain relevant. Dr. Nils Roemer, director of the Ackerman Center, said the conference focuses on being interfaith, interdisciplinary and international. 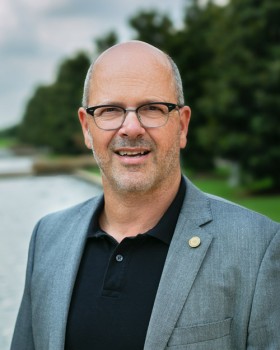 The School of Arts and Humanities at The University of Texas at Dallas has three new tenure-track faculty members who bring a wide range of expertise — in gender, race and law enforcement studies, poetry and creative writing, and art history.

“I am excited about our new hires, who already are very accomplished. They bring fresh perspectives in their respective fields and already have expressed an interest in collaborating across disciplines,” said Dr. Nils Roemer, interim dean of the School of Arts and Humanities and the Stan and Barbara Rabin Professor in Holocaust Studies. 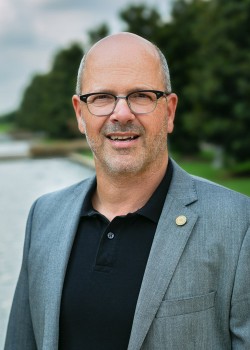 Teaching visual and performing arts in a virtual way is challenging at best, but despite the obstacles presented by the COVID-19 pandemic, the School of Arts and Humanities (A&H) at The University of Texas at Dallas is offering a full range of classes, including music, art, drama and dance courses.

“I have more than 30 faculty members who are delivering courses with a face-to-face component,” said Dr. Nils Roemer, interim dean of A&H and director of the Ackerman Center for Holocaust Studies. “We are doing that because it’s the most effective way to teach drawing, theater, dance and many of the activities involved with the visual and performing arts. You have to appreciate the huge effort our faculty are putting forth this semester.”

While in-person concerts and events will not be held this semester, Roemer pointed to creative ways that professors are sharing their students’ talents. For example, Shakespeare’s comedy “A Midsummer Night’s Dream” will be recorded at various campus locations — with appropriate social distancing and safety precautions — and will be shown as a movie online beginning in November.