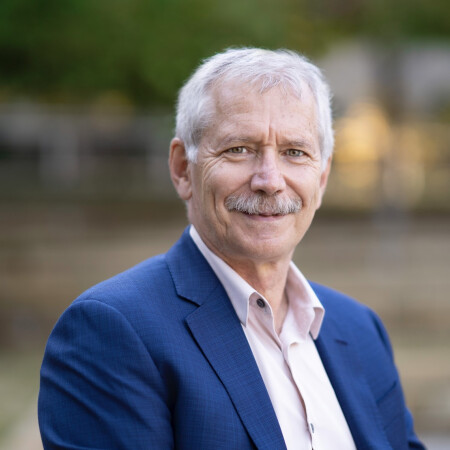 Dr. Rugg works in the fields of cognitive neuroscience and human memory, as well as how aging and injury impact memory. His current work includes understanding how age-related changes in the brain's structure and function affect cognitive abilities. A major focus of his research is on episodic memory - the type of memory that allows us to remember events that are tied to a particular place and time. His work employs the behavioral methods of experimental psychology, neuroimaging techniques including functional magnetic resonance imaging, and electrophysiological recordings of human brain activity.

Dr. Rugg is a fellow of the American Association for the Advancement of Science and the Association for Psychological Science. He was awarded the Henri Hecaen Award for contributions to neuropsychology in 1989 and was elected a Fellow of the Royal Society in 1996. He is currently editor-in-chief of the international journal Neuropsychologia. 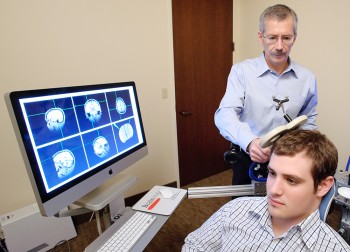 Dr. Michael Rugg, director of UT Dallas’ Center for Vital Longevity, has been awarded nearly $1 million in grants to study how young and older adults remember specific events.
A three-year National Science Foundation (NSF) award for $544,000 will support research on episodic memory, or memory of specific events. An additional $421,000 comes from the National Institute on Aging (NIA) and covers research for two years on an aspect of memory known as “post-retrieval monitoring.”
Episodic memory is highly vulnerable to aging. Using functional magnetic resonance imaging (fMRI), Rugg and his colleagues will examine brain activity associated with episodic memory retrieval in groups of young and older adults. 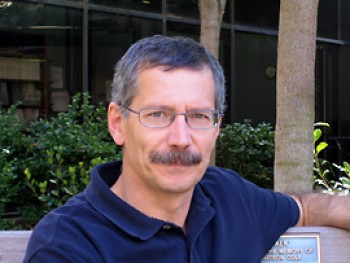 Dr. Michael Rugg, one of the world’s leading memory researchers, is scheduled to join UT Dallas’ School of Behavioral and Brain Sciences (BBS) in January.

Rugg will serve as Distinguished Professor of Behavioral and Brain Sciences in the Center for Vital Longevity and will collaborate with other BBS faculty on a variety of projects. Rugg will work with Dr. Denise Park, director of the center and a specialist on the aging brain, on several major research efforts.

Rugg now is director of the Center for the Neurobiology of  Learning and Memory at the University of California, Irvine. He is chairman of the Cognition and Perception Study Section of the National Institutes of Health. 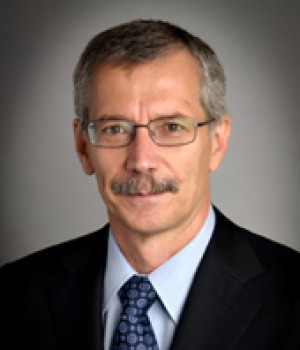 Drs. Denise Park and Michael Rugg, co-directors of the Center for Vital Longevity at the University of Texas at Dallas, have each been awarded a five-year research grant from the National Institute on Aging (NIA), part of the National Institutes of Health (NIH), to further their studies on how aging affects the brain and memory.

A $3 million grant, awarded to Dr. Park, is the second phase of a prestigious NIH MERIT award, given to a select group of experienced investigators who have demonstrated outstanding research productivity. The first phase of the award was funded in 2006. The renewed funding will support continuation of the Dallas Lifespan Brain Study, which aims to understand who ages successfully and why, as well as who is at risk for Alzheimer’s disease well before symptoms appear. 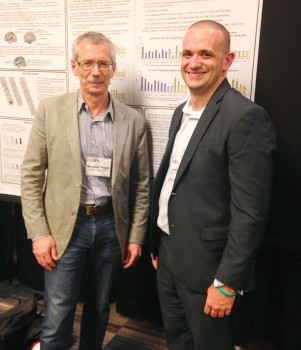 While acquiring new memories can enrich the human experience, they also can interfere with old ones and make them more likely to be forgotten — especially when a new event is highly similar to a past experience.

Postdoctoral scientist Dr. Josh Koen and Dr. Michael Rugg, director of the Center for Vital Longevity, addressed in a recent study how some memories persist in the face of strong interference. Koen and Rugg tested whether “reactivating,” or bringing to mind, old memories during the course of new learning increases or decreases the interfering effects of new learning. Their work was published in the April 13 edition of the Journal of Neuroscience.

DALLAS – August 18, 2016 – The laboratory led by CVL director Dr. Michael Rugg has recently been awarded grants from the National Science Foundation (NSF) and the National Institute on Aging (NIA).

Totaling nearly $1 million, the grants will help fund novel investigations into memory across the lifespan, focusing on studies that compare the brain activity supporting memory in young and healthy older adults. The NSF award of approximately $544,000 spans three years while around $421,000 from the NIA will be spread over two years.