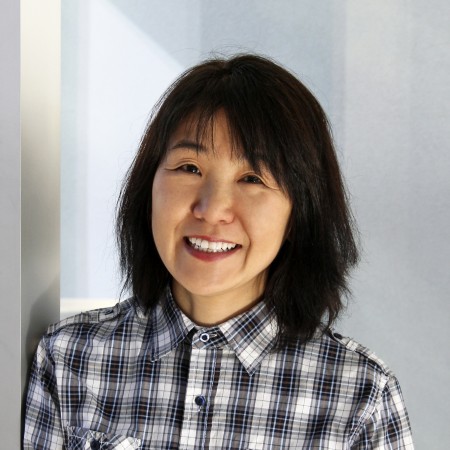 Service outside the university

Midori Kitagawa has been teaching and researching computer animation and motion capture as a full-time faculty member for the last 15 years.

Dr. Midori Kitagawa's current research interests are in motion capture and scientific visualization and her most note-worthy accomplishment in 2008 was finishing the manuscript for Mocap for Artists: Workflow and Techniques for Motion Capture, published by Focal Press.

I have been teaching and researching motion capture animation and the results were published in MoCap for Artists: Workflow and Techniques for Motion Capture (Focal Press, 2008).

For the Conversational Character Robot project, I created a unique 3D facial rig that can be animated by key-framing and motion capture data.  In addition, I developed a method to extract the head motion from facial capture data to isolate the motion data of facial expressions.  Both of which were described in the book MoCap for Artists.

I developed the Branching Object Generation and Animation System (BOGAS) which generates and animates branching structures, such as trees and plants, originally as my Masters thesis research.  I continued to work on BOGAS during my postdoctoral research and beyond, the results from the visualization projects conducted with BOGAS have been published on journals and at conferences, such as ACM SIGGRAPH (Special Interest Group on Graphics).

I was a Co-PI for interactive multimedia instructional projects, On-line Agroecosystem Database for Multimedia Teaching of Agricultural and Cultural Diversity in Holmes County, Ohio and Extensible Electronic Chemistry Study Resource, both of which were funded by the Battelle Endowment for Technology and Human Affairs Grant Program.  I developed an on-line interactive game that teaches Amish farming practices and culture with the funding from the Ministry of Education of Japan.