Professor
The University of Texas at Dallas [2006–Present]

Program Head
The University of Texas at Dallas [2005–Present]

Visiting Assistant Professor
The University of Texas at Dallas [1988–1989]

Children's memory and suggestibility for a real-life and video event

The impact of faces on infants' categorization of infant-directed speech

My recent research program has examined infants' processing of speech and visual stimuli during the first 6 postnatal months. Studies examining young infants' long-term memory for a running speech passage have shown that 6-week-old infants remember a repeatedly experienced nursery rhyme and discriminate it from a novel nursery rhyme for at least 3 days (Spence, 1996). The ability to encode and retain linguistic information is an important prerequisite for the acquisition of a lexicon. Another series of studies conducted in collaboration with David Moore, PhD (Pitzer College) has examined infants' ability to perceive and discriminate the prosodic properties of speech that signify different communicative intentions of a speaker. This work has shown that infants categorize infant-directed speech utterances produced in different interactional contexts (e.g., comforting vs. approving) at 6 months of age (Moore, Spence, & Katz, 1997). Four-month-olds categorize these infant-directed utterances when heard in the presence of a face (Spence, Chuang, & Sokolsky, 2004), but not when viewing a checkerboard pattern (Spence & Moore, 2002; Spence & Moore, 2003). Current studies are exploring factors that influence categorization of infant-directed speech by 4-month-old infants as well as young infants' categorization of facial emotions when shown moving facial expressions.

A second related area of my research has examined the effects of infants' linguistic experiences on their processing of speech and voices during the perinatal period. This work has provided evidence that maternal speech is perceived by fetuses during the last month of gestation (DeCasper & Spence, 1986) and that human newborns' perception of a specific voice is affected by their previous experience with that voice (Spence & DeCasper, 1987). More recently, my research in this area has demonstrated that newborns' recognition of the maternal voice is dependent on the low-frequency acoustic properties of voices that are available in the prenatal environment, but that high-frequency vocal information that is experienced only postnatally does not support infants' recognition of the maternal voice (Spence & Freeman, 1996). The results of this perinatal research reveal that prenatal experience influences infants' responsiveness to speech and voices, and suggest that these early experiences may provide a foundation for subsequent language acquisition. 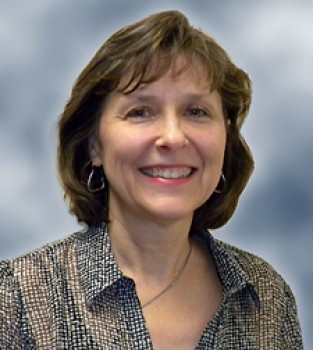 Undergraduate psychology majors will get a chance to display their research accomplishments at an upcoming conference sponsored by UT Dallas and other area universities.

The North Texas Undergraduate Psychology Conference will take place on UT Dallas’ main campus in Richardson, but it represents a joint effort by psychology departments at Southern Methodist University, Texas Woman’s University and The University of Texas at Arlington, as well as UT Dallas. The conference was funded in part by a grant from Psi Chi, the international psychology honor society, to UT Dallas’ newly established chapter.

Infants' comprehension of affect in infant-directed speech: Does the melody convey the message?