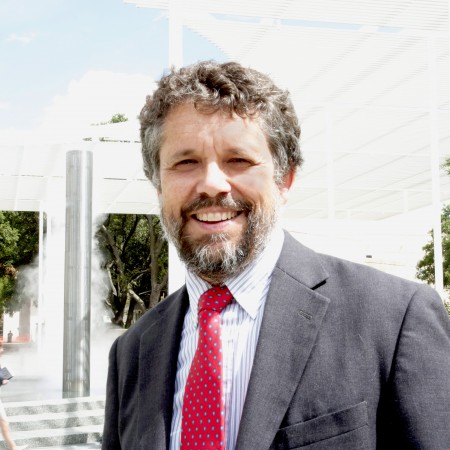 I love research.  The universe is a puzzle – and low-temperature plasmas are one of the most fields in physics.  Low temperature plasmas are commonly used in an ever expanding number of industrial applications, from the production of semiconductor devices to sterilizing medical equipment.  The dynamics of such systems are complex, with a multitude of largely unknown chemical reactions and related physical processes.  In light of this, better understanding of the dynamics has the potential to result in a multitude of significantly improved industrial processes. Because plasmas are typically not in thermal equilibrium, it is common for them to have a significant number of reactive species (with open bonds). For example, it is common for electrons to have effective temperatures well in excess of 20,000 K while the ions and neutrals have effective temperatures below 1,000 K. In light of this, the potential reaction parameters are enormous – and it is common to have hundreds of chemical species present in even simple discharges. NIST’s webpage states: “the plasma state is still a wide open frontier, which we are struggling to understand and control. Plasmas are richly complex, encompassing an incredible diversity of linear and non-linear phenomena including atomic collisions, electromagnetic interactions, fluid dynamics, collective excitations, thermodynamics, chemical reactions, and radiation transport. This complexity presents a scientific and engineering challenge, but it also opens opportunities to achieve properties and performance that may not be achieved with other states of matter.”

To better understand all of the complex reactions in plasmas, it has been common to develop databases of reaction cross-sections and similar parameters. One of the earliest examples is Brown’s 1959 Basic Data of Plasma Physics. By 1966, increases in the scope and quality of this basic data resulted in a second edition of the book. In the early part of this century, two groups, one from University of Michigan and the other from CNRS, have attempted to assemble ‘all’ of the known cross section data for chemical species of interest to common commercially viable plasma processing systems. At my urging, these two data sets were recently combined into one – housed at University College London.

Making use of the reaction cross-sections, one can then endeavor to build models of the plasma environments. Here, the simplest is known as a “Global” model – wherein one ignores all spatial variations and assumes that specie temperatures can be well defined. For example, if one were to introduce C4F8 (a common etch gas in the semiconductor industry) into a plasma environment, one might expect to observe a wide range of product species and hence possible reactions. These might include:

Over the years, I have grown as a professor.  One of the most important elements to being a professor is the teaching of students.  As part of my desire to be a complete professor, I worked for 3 years as the chair of the EE department undergraduate curriculum committee.  (I also became an ABET evaluator.) We strove to understand why some of our students were failing while others were sailing through the same classes.  UTD has a wide variety of students, ranging from traditional to part time older students.  At first, we thought that the range of students we were teaching might be the issue then we looked at the classes we were teaching, in comparison to those being taught at other comparable universities.  All in all, we found no good reason for one group to fail while the other succeeded.  This led us to look closely at WHAT we were teaching in each course and how each course was related to the previous and the next.  In the end, we came up with a systematic approach to curriculum management.  After we used this technique, the average student grade (GPA) in the department increased approximately 0.2 (out of 4) and the withdraw rate dropped from 4% to 2%.  Needless to say, I was hooked.  I have seen been involved in a wide variety of activities at the university aimed at improving student access and success - across multiple departments.  Such activities include:

I have run into many problems in my life, that many teachers have helped me overcome, and this is why I teach.  These problems have ranged from dyslexia, to growing up ‘poor’, to a number of horrific events seared into my consciousness.  I could have easily given up in grade school – and a host of other periods in my life – but I did not.  I did not because I had people who cared about me.  Mr. Helms (my math teacher) and Mr. Van Blake (my physics teacher) in high school, Dwight Nicholson and Chris Goertz and the University of Iowa – are but a few.  In each case, someone reached out to me and helped me stand back up and excel.  This is the fundamental nature of being a teacher – and why teachers have such impact on our lives.  I saw this most vividly in the impact my father had.  He died at a fairly young age.  He worked at a small university (Western Illinois) and lived in a small town (Macomb).  Macomb can best be described as the ‘middle of nowhere’.  Travel to and from the town is challenging.  Despite that, my father had such an impact on people that close to 350 people attended his funeral – with many travelling long distances – including several from Europe.  I learned from all of this how important it is to help others – and how that help can positively impact society in a broad manner.  This is my idea of a life well lived.
My teaching philosophy extends into my personal life.  One of the things outside of teaching that I love to do is to plant trees.  My favorite tree being the Quercus macrocarpa – or the Bur Oak. It will not reach its full height (100-150 feet) for 100-150 years and then may live an additional 300 years.  I have planted two of them – and give the acorns to others to plant as well.  I will never see these trees reach their full potential and beauty, so I am planting them for future generations.  To me, teaching is like planting those trees.  I will never see the outcome of my handiwork, but I know that if I am careful, I will have helped our students become thriving members of society – individuals who make the world a better place.  Towards this end – and in some ways independent of the course I am teaching – I strive to teach the students how to teach themselves.  This includes talking with them about how people learn – and setting up my courses using strategies that help them understand what they need to do to learn.  Basically – trying to help build metacognition into their learning style.  For example, in Phys 2325 (University Physics I) I require that the students rewrite class notes each week and hand those in for a small completion grade.  I have found that my students tend to have among the biggest improvements in our Phys 2325 ‘Force Concept Inventory’ pre and post-tests.  (A few other faculty members, who also use active learning strategies, get similar increases.)  In addition to what I do in my courses, I oversee the Freshman Seminar (NATS 1101) for the School of Natural Sciences and Mathematics.  I work hard to help the other faculty to understand the importance of active learning – and getting the students to seek out ways to help themselves learn.  Fortunately, the faculty who volunteer to teach this course, often already understand this.  They also understand that we need to help the students feel like they belong and how to overcome failures in life.  (Many of them have never failed! – while others have overcome major obstacles.)

I enjoy service with two caveats (and I have arguably taken on more than my share of service).  The first is the traditional caveat – too much service can get in the way of teaching and research (and more generally, life).  My second caveat I think everyone will understand as well.  That is, I do not like doing things “just to be busy.”  If the service is for no particular reason – or all if the work is casually dismissed as unimportant or useless – I see no point in doing the work in the first place.  I want what I do in life to have purpose.  I want to leave the world a better place than I found it. 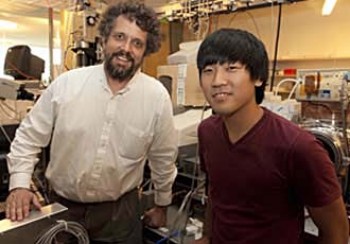 That was in 1999. Today, however, overwhelmingly positive recommendations from Goeckner’s students have earned him the President’s Outstanding Teaching Award for the 2011-2012 academic year. Goeckner received the award, one of the University’s highest accolades for faculty, at a recent convocation. Goeckner earned undergraduate degrees in mathematics and physics from Southern Illinois University and his PhD in plasma physics from the University of Iowa. At UT Dallas he also is a professor of mechanical engineering and of electrical engineering, and is an affiliate professor in the departments of Physics, Materials Science and Engineering, and Science and Mathematics Education. In addition, he has served as interim and associate head of mechanical engineering. 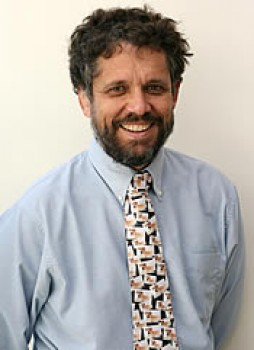 Matthew Goeckner has been named interim chair of the new UT Dallas Department of Mechanical Engineering, which is expected to enroll 700 students within just a few years. “The importance of Matt’s service as interim chair at the critical formative stage of the department cannot be overestimated,” said Mark Spong, dean of the Jonsson School of Engineering and Computer Science at UT Dallas and holder of the Lars Magnus Ericsson Chair. “Enrollment in mechanical engineering is already significant and growing rapidly, and I am grateful that Matt has enthusiastically agreed to take on the demanding tasks required to begin a new department. I know his considerable expertise in teaching and research will serve well in this role.” Last year the Jonsson School doubled its number of academic departments when two new ones – Materials Science and Engineering, and Mechanical Engineering – joined the long-standing departments of Computer Science and Electrical Engineering. 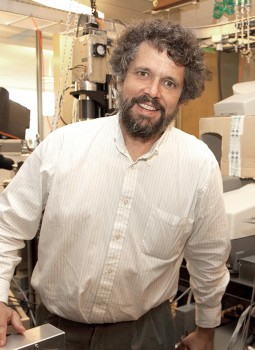 When it comes to teaching, Dr. Matthew Goeckner draws on inspiration from his past in making the learning experience joyful and fulfilling for UT Dallas students. Goeckner, head of the Mathematical Sciences Department, was rewarded for his efforts by The University of Texas System, which chose him as one of five UT Dallas faculty members to receive the 2013 Regents’ Outstanding Teaching Award. The annual award honors excellence in the classroom among universities throughout the UT System. Growing up in the small town of Macomb, Ill., Goeckner said he had stellar high school teachers who encouraged him and sparked his desire to learn more. “Even though I felt like I was in the middle of nowhere, I had teachers devoted to making the most out of the classroom experience,” he said. “It’s been more than 30 years since then, and I still remember their names – Mr. Helms and Mr. Van Blake.”

A list of persons who have collaborated on a project or a book, article, report or paper