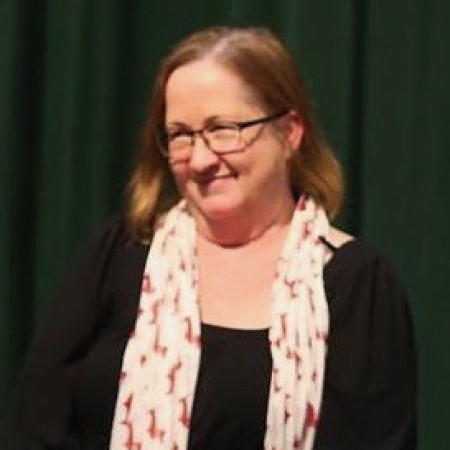 Director of Music - Arts And Humanities

Associate Professor of Instruction
University of Texas at Dallas [2019–2020]

Mary Medrick is known as an extraordinarily versatile musician, trained in classical music, while frequently performing in the areas of opera, musical theater and early music. She is an ASCAP Special Award recipient and a member of the American Federation of Musicians. She has performed in 17 countries and was pianist for the premiere of Gershwin's opera Porgy and Bess in Israel. As a writer, Medrick has produced three opera libretti and the scores for three Broadway style shows. Her original works have been performed in New York, Texas, Michigan, Colorado, California, Alaska, Florida, Iowa, Louisiana, and Mexico.

As an undergraduate at University of South Florida, her first love was music theory, which she also pursued in graduate coursework at U. of North Texas. Medrick's teachers include Dr. Armin Watkins, Dr. Jerry Wallace and Steve Nielsen (piano), Annetta Monroe and Dr. Mary Ella Collins (voice), and Dr. Stephen Park, Dr. Ann Hawkins and Dr. Gene Cho (theory). She holds a Bachelor of Music and a Master of Arts from UT Dallas.

At UT Dallas, Medrick teaches piano, music theory/composition and has music directed, composed music for and stage directed theater productions. With her broad background in the humanities, she has taught Musical Theater Workshop Exploration of the Arts and Elements of Art and Performance.