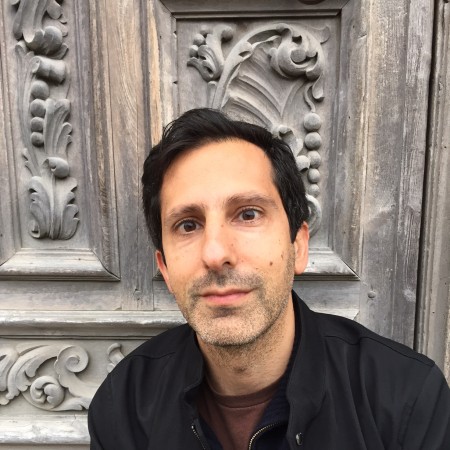 Early modern art, with a focus on Italian art of the 14th through 17th centuries.

The history of medieval and renaissance maps, including related fields like travel, pilgrimage, and the print trade

The Bird’s-Eye View and the Viewer

2017/01–2021/12 A book project on the development of city portrayals from the late medieval period through the birth of print through the eighteenth century.

“The Balloonist and the Mapmaker”

“Worlds Apart: The Four Continents and the Civitates orbis terrarum”

2018/01–2018/01 Gendered Bodies and Maps: Personifications of the Continents, symposium at the UCLA Center for Medieval and Renaissance Studies, Los Angeles, CA, January 2018

“The Early Modern Bird’s-Eye View as Map, Art, and Technology”

Dr. Mark Rosen specializes in late medieval, Renaissance and Baroque art, with a special interest in cartography. From 2019 through 2021 he is serving as President of the Italian Art Society, an international organization sponsoring grants, conference sessions, lectures, and the study of Italian art from prehistory to the present. He is the author of The Mapping of Power in Renaissance Italy (Cambridge University Press, 2015), a study of cartography and collecting at the sixteenth-century Medici court in Florence, and is currently at work on a study of the meaning and uses of the bird's-eye view in early modern art, thought, and culture.

Rosen earned his doctorate at the University of California, Berkeley, and held a National Endowment for the Humanities Fellowship at the Medici Archive Project in the Archivio di Stato of Florence, Italy. He has also received fellowships from the Samuel H. Kress Foundation, the Huntington Library, the Harry Ransom Center, the Gladys Krieble Delmas Foundation, and the Fondazione Roberto Longhi. He has published in a number of art-historical and historical journals, including Art Bulletin, Source, Oud Holland, Archives Internationales d'Histoire des Sciences, Nuncius, and CAA Reviews.

Dr. Rosen currently serves as the Associate Dean for Undergraduate Studies for the School of Arts and Humanities. 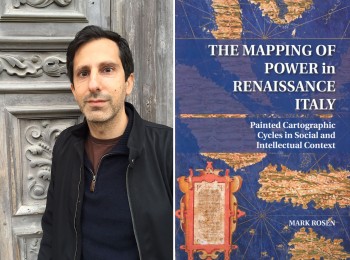 How do you draw a map of the unknown?
In his new book, Dr. Mark Rosen, assistant professor of aesthetic studies at UT Dallas and a member of the Edith O’Donnell Institute of Art History, sets out to show how Renaissance mapmakers communicated effectively when exploration of distant reaches of the world was ongoing and knowledge about certain territories remained incomplete.

Extreme Field Trip: To Birmingham and Back in a Day 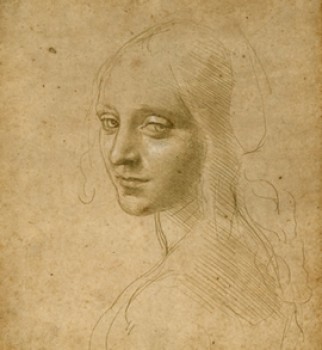 It’s rare that a graduate class takes a 1,282-mile trip to see an exhibit, then flies back home in the same day.  But it’s not often that original drawings by Leonardo da Vinci are part of the itinerary.

Dr. Mark Rosen, assistant professor of aesthetic studies in the School of Arts & Humanities, took his graduate seminar to Birmingham, Ala., to see the drawings, which had made a trans-Atlantic journey to spend some time in America.

The class spent the day at “Leonardo da Vinci: Drawings from the Biblioteca Reale in Turin,” hosted by the Birmingham Museum of Art. 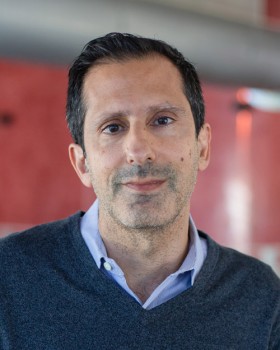 Dr. Mark Rosen, associate dean of undergraduate studies in the School of Arts and Humanities, has been elected president of the Italian Art Society, an academic group that organizes and encourages the study of Italian art.

Rosen, an associate professor of art history and aesthetic studies, examines the relationship between art and cartography in early modern Europe as well as Italian art from the late Middle Ages through the middle of the 17th century.

“This is the era of Michelangelo, Leonardo da Vinci, Donatello and Raphael — once considered at the very center of all art history and the first era to fuse classicism and modernity,” Rosen said. “But as the field has necessarily expanded to think about global patterns, non-European traditions, and the economics of art, teaching and studying those artists is newly challenging and exciting.”