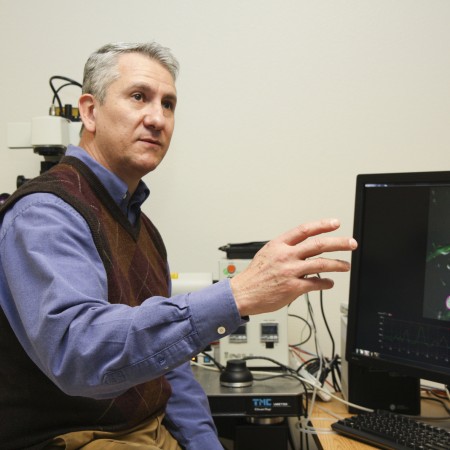 Understanding the molecular basis of axon guidance and target recognition during development and regeneration, and to generate novel nerve repair strategies. 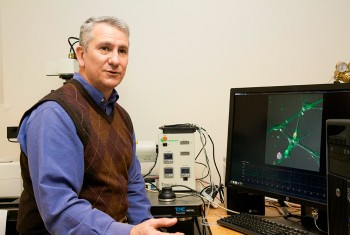 For years, retired Maj. David Underwood has noticed that whenever he drove under power lines and around other electromagnetic fields, he would feel a buzz in what remained of his arm. When traveling by car through Texas’ open spaces, the buzz often became more powerful.

“When roaming on a cellphone in the car kicked in, the pain almost felt like having my arm blown off again,” said Underwood, an Iraq War veteran who was injured by an improvised explosive device (IED). His injuries have resulted in 35 surgeries and the amputation of his left arm. Shrapnel from the IED also tore part of his leg and left him with more than 100 smaller wounds. “I didn’t notice the power lines, cellphones on roam or other electromagnetic fields until I first felt them in my arm.”