Director, Center for Children and Families

My research focuses on children's environmental contexts particularly children's home experiences and child-care experiences and how they relate to the child's development. I study linkages both within and across environmental contexts. Within the family, I study relations among mother-child, father-child, and husband-wife relationships, and I examine how qualities of these relationships are associated with children's development. For example, I have studied how a collaborating partnership between parent and child-care provider benefits parent-child and caregiver-child interactions and, in turn, relates to children's developing competence. The data sets from this study are in the public domain and are used widely in secondary analyses that examine effects of children’s child care, school, and family experiences on developmental trajectories of behavior, achievement, health and well-being from infancy through adolescence. The participants in this study, recruited at birth in 1991, continue to be followed in adulthood.

My current focus of research, funded by NIH-NICHD, stems from the Dallas Preschool Readiness Project, now renamed the Dallas Project on Educational Pathways. The sample of 400 African American and Hispanic children from low-income households has been followed from toddlerhood through 7th grade, addressing the development of children’s self-regulation abilities, school readiness and achievement in the context of parent-child relationships, school, culture and family experiences.

In addition, we are beginning new studies of influences on children's development, recruiting families from those who have participated or are participating in the Center for Children and Families' community-based outreach programs. These children are primarily Hispanic, Spanish-speaking, and from low-income households in the Dallas area. We are in need of research assistants in this area of our work. (https://ccf.utdallas.edu)

Director, Center for Children and Families
The University of Texas at Dallas [2009–Present]

Professor of Psychology
The University of Texas at Dallas [2001–Present]

Program Head
The University of Texas at Dallas [1997–Present]

Associate Professor
The University of Texas at Dallas [1995–2001]

Early child care and mother-child interaction: From 36 months through the transition to first grade.

The dynamics of coparenting in family interactions.

Couple relationship quality in the association between maritalstatus and child aajustment.

Similarities and differences in mothers ' and fathers ' parenting qualities in early and middle childhood.

A new study co-authored by a UT Dallas professor in the School of Behavioral and Brain Sciencesdetails that the quality of interactions between young children and their parents is just as important — if not more important — as the quantity of words children experience in determining later language ability.

Dr. Margaret Tresch Owen, Robinson Family Professor and director of the Center for Children and Families, said previous studies have found that the small number of words heard by children in some homes — particularly in those of low-income families — has been strongly linked with poor language skills. This has become known as the “30 million word gap,” representing the differences found in both the number of words heard and vocabulary differences between children from low- and high-income families. 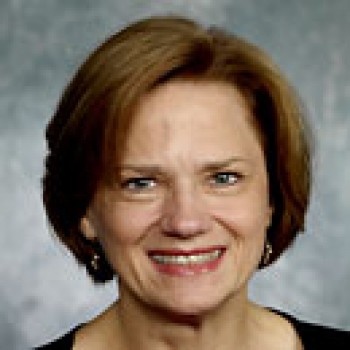 Dr. Margaret T. Owen, professor in the School of Behavioral and Brain Sciences and director of the Center for Children and Families, has received funding from the National Institutes of Health (NIH) to study preschoolers living in Dallas.

Owen, along with research colleague Dr. Margaret O. Caughy of the University of Texas School of Public Health, received a $1.2 million, two-year grant from the NIH’s Eunice Kennedy Shriver National Institute of Child Health and Human Development. Owen and Caughy will study self-regulation and race/ethnic disparities in school readiness among the preschoolers.

The research team will visit the preschoolers in their homes to assess their abilities to regulate and control their impulses and behavior from ages 2½ to 4 years, a period of time in which they are rapidly acquiring these skills and abilities. 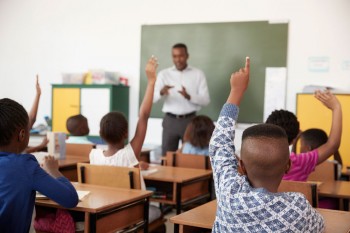 A project conducted by researchers at The University of Texas at Dallas has entered its third round of funding in determining how various factors combine to influence the development of school readiness and success of urban minorities.

The Dallas Project on Education Pathways (DPReP), which began as the Dallas Preschool Readiness Project in 2009, is one of the nation’s first and longest longitudinal studies of childhood self-regulation development and its implications among African-American and Hispanic children.

Self Regulation and Race/Ethnic Disparities in School Readiness

Relationship-Centered Child Care and Development of Children in Poverty

Relationship-Centered Child Care and Development of Children in Poverty