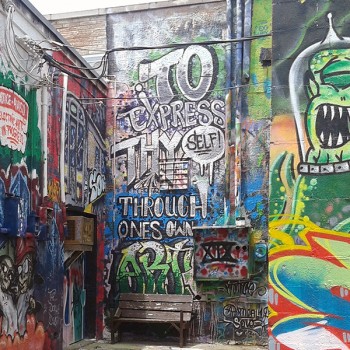 Youths who paint graffiti on businesses and public property, also called street taggers, say they don’t view their actions as criminal because they are not injuring anyone and the graffiti can be easily erased, according to a new UT Dallas study.

Two criminologists from the School of Economic, Political and Policy Sciences interviewed 25 Dallas taggers to explore why they paint graffiti and how they rationalize the crime. The researchers’ goal is to help policymakers design better solutions to address tagging.