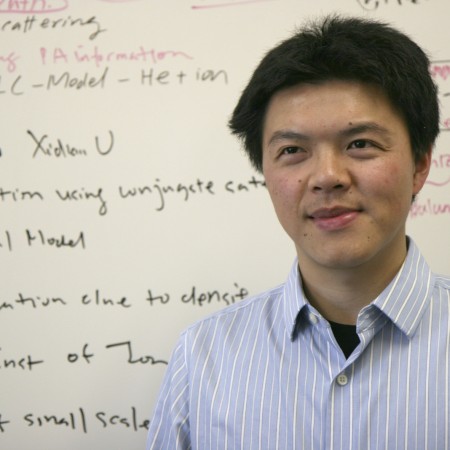 The Earth’s magnetosphere, our geospace environment a few thousand kilometers above the Earth’s surface, consists of energetic charge particles trapped by the Earth’s magnetic field. Those energetic particles exhibit great variability due to solar activities, and pose a great threat to spacecraft orbiting in it and to astronauts. Understanding and predicting their variability are of great interest for space weather. A variety of naturally occurring electromagnetic waves, from Ultra Low Frequency to Very Low Frequency, play important roles in dynamics of those energetic charge particles, especially the radiation belts referring to population of electrons and protons with relativistic energy in geospace. The physical process involved is called wave-particle resonant interaction, where electromagnetic waves seen by particles match fundamental frequencies of trapped particles, leading to stochastic change in particles’ energy and momentum. My research interest is to study the nature of electromagnetic waves in our geospace and the effect of wave-particle interaction. We use various numerical simulation techniques to address the following questions, how are electromagnetic waves generated due to what kind of free energy, how do them propagate in complex geospace medium, where is the wave energy absorbed, how those waves affect energetic particles, and how do we model temporal evolution and spatial distribution of energetic particle population due to wave-particle interaction. These questions are the compelling science topics of the NASA’s $700M two-twin Van Allen Probes Mission. The mission, named after Dr. Van Allen who made the discovery of the radiation belts in 1958, was launched in 2012 August and aims at identifying fundamental mechanisms responsible for radiation belt loss and acceleration.

For more information on Van Allen Probes from NASA 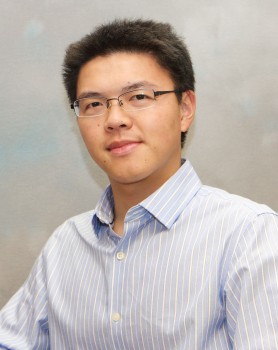 Beyond Earth’s breathable atmosphere, above the strata where airplanes fly and meteoroids burn up into shooting stars, lies a dynamic region between our planet and the sun, and what happens there is intricately connected to our everyday lives.
Dr. Lunjin Chen, an assistant professor of physics at UT Dallas, recently received a three-year, approximately $360,000 grant through the Air Force’s Young Investigator Research Program to study “space weather” in this region, called the magnetosphere.