Dr. Li Zhang has made major contributions to understanding the molecular mechanisms underlying heme signaling in eukaryotic cells. Heme is central to oxygen sensing and utilization in virtually all living organisms. In mammals, heme is critical for erythroid, hepatic, and neuronal functions. Oxygen sensing is directly related to many fundamental physiological and pathological processes, including angiogenesis, tumor development, and ischemia. Investigating the molecular mechanism of oxygen sensing and heme signaling is the main objective of Dr. Zhang2s lab. Furthermore, Dr. Zhang's lab is interested in investigating the molecular mechanisms by which common neurotoxicants act in neural cells, because studies of neurotoxicants should facilitate the understanding of many neural functions and neurological diseases. Dr. Zhang2s lab combines approaches of molecular and cellular biology with genomics and computational approaches to elucidate the global molecular mechanisms underlying cellular responses to environmental stressors, including hypoxia and environmental toxicants.

Professor and Head
University of Texas at Dallas [2007–Present] 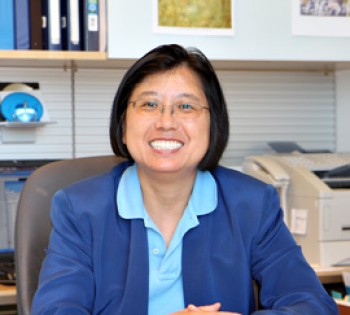 Heme is the iron-containing molecule in hemoglobin that gives blood its deep red hue and binds to oxygen, allowing for its distribution throughout the body. “The field has progressed significantly throughout the last decade,” Zhang said. “It’s something I’ve studied for years now, and I thought it was the right time to work on this project.” Throughout her more than 15-year career, Zhang has made significant contributions to the field of molecular biology—particularly in the study of heme signaling and its role in tumor development, shortage of blood supply to tissues in the body and defective heme synthesis. 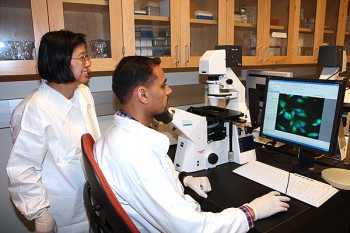 Recent research has shown that cancer cells have a much different – and more complex – metabolism than normal cells. Now, scientists at The University of Texas at Dallas have found that exploiting these differences might provide a new strategy to combat lung cancer.

In an article published online May 21 in the journal PLOS ONE, UT Dallas researchers compared the metabolic characteristics of “non-small-cell” lung cancer cells with normal lung cells taken from the same patient.

The University of Texas at Dallas has appointed a noted Columbia University professor of environmental health sciences to lead the Department of Molecular & Cell Biology.

Zhang will succeed Dr. Donald Gray, who has headed the Department of Molecular & Cell Biology for three years and previously from 1985 to1995. 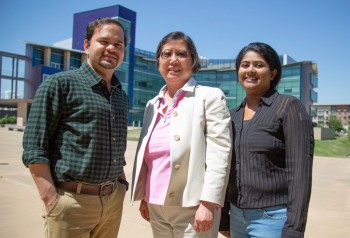 University of Texas at Dallas scientists have demonstrated that the growth rate of the majority of lung cancer cells relates directly to the availability of a crucial oxygen-metabolizing molecule.

In a preclinical study, recently published in Cancer Research, biologist Dr. Li Zhang and her team showed that the expansion of lung tumors in mice slowed when access to heme — the oxygen-binding molecule in hemoglobin — was restricted. The researchers also showed that those same cancers grew faster when more heme was available than normal.