Younger people efficiently engage brain processes necessary to perform a task, while at the same time “shut down” processes irrelevant to the task, according to new research from the Center for Vital Longevity (CVL) at UT Dallas.

In addition, this ability to modulate, or control, brain activity appears compromised in older adults, said Dr. Kristen Kennedy, assistant professor at the center and the School of Behavioral and Brain Sciences.

Alzheimer's Study Delves into Degraded Connections in the Brain 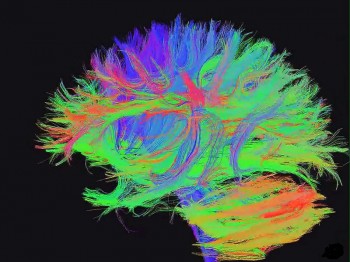 A new study from the Center for Vital Longevity at The University of Texas at Dallas is among the first to investigate how degraded connections in certain parts of the adult brain might affect the ability to perform the financial calculations that are vital to everyday life among older adults.

The results, published in the most recent issue of the Journal of Alzheimer’s Disease, relied on imaging the white matter connections within the brain and measuring how intact the connections are. Researchers found a correlation between the integrity of white matter — the tracts that allow communication between different brain regions — and the ability to calculate finances. 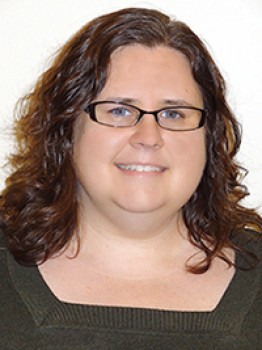 Dr. Karen Rodrigue and Dr. Kristen Kennedy have been recognized by the Association for Psychological Science (APS) as Rising Stars. Rodrigue and Kennedy joined the UT Dallas Center for Vital Longevity as assistant professors in 2012.
The APS Rising Star award highlights early career psychologists from around the world who are making a significant impact in the field of psychological science.

“Both of these young scientists have international reputations in the field of neurocognitive aging,” said Dr. Denise Park, co-director of the Center for Vital Longevity and Distinguished University Chair in Behavioral and Brain Sciences. “What is exciting to me is that their most important work is still ahead of them. I am thrilled to have them at the Center for Vital Longevity.”

Prof Studies White Matter for Insights into the Aging Brain

Dr. Kristen Kennedy is looking to the brain’s white matter for clues about how the brain changes as we age and why some people are able to maintain good cognitive health while others are not.

Nearly half the human brain is white matter, which consists of millions of bundles of nerve fibers that connect neurons in different brain regions into functional circuits.

Kennedy joined the UT Dallas faculty this year as an assistant professor in the School of Behavioral and Brain Sciences (BBS) and UT Dallas’ Center for Vital Longevity. 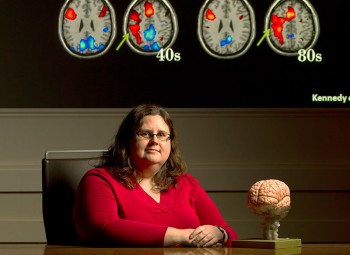 Research from the Center for Vital Longevity (CVL) at The University of Texas at Dallas has shed new light on which cognitive processes tend to be preserved with age and which ones decline.
Results from a study recently published in NeuroImage confirm behavioral findings that verbal ability — the accurate memory of words and vocabulary — remains intact during a lifetime while reasoning ability decreases in older adults.