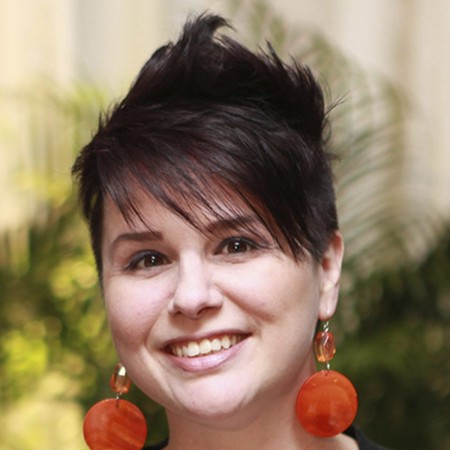 Dr. Kim Knight, an assistant professor of emerging media and communication, has received the 2016 Regents’ Outstanding Teaching Award for her work and innovation in the classroom.
Knight has been a professor at UT Dallas since 2010, but her first foray into teaching was more than 14 years ago at California State University, Northridge as a teaching assistant under the tutelage of English professor Dr. Irene Clark.
It was there that Knight learned many of the strategies she still uses today.

Inspired in part by the notable, viral outbreaks of 2014, the Center for Values in Medicine, Science and Technology will explore “Viruses, Vectors and Values” in its upcoming lecture series.

Dr. Matthew Brown, associate professor of philosophy and the director of the Center for Values, said the theme for this year’s series was inspired in part by widely reported epidemics in the United States, namely Ebola and measles.
Dr. Kim Knight
“This year’s lecture series will explore the social values and cultural meanings associated with viruses, disease, epidemics, vaccinations and public health,” Brown said. “Our annual lecture series serves to foster recognition of the various, complex ways that ethics, values and culture interact with science, technology and medicine by bringing world-class scholars to UT Dallas to share their research and ideas in these areas with faculty, students and the members of the general public.”

"The goal of this blog is to examine the relationship between gender and technology in our contemporary media landscape, including social media, emerging platforms and devices, and representations of gender in pop culture. This will include the collection of resources and the publicizing of events that may be noteworthy for those interested in the study of gender and emerging media. And because gender does not influence identity in a vacuum, you can expect to read about other relevant issues from time to time."

Fashioning Circuits was launched in September 2011 as part of a series of independent studies in the graduate program in Emerging Media and Communication (EMAC) at the University of Texas, Dallas. The goal of the project is twofold: to explore the ways in which fashion and emerging media intersect and to work with community partners to introduce beginners to making and coding through wearable media. In Fashioning Circuits “fashion” functions not just as a noun to describe cultural trends, but also as a verb, “to fashion,” to indicate the experiential and problem based learning strategies of the project as well as the potential for a diverse range of students to fashion themselves as members of the publics and counterpublics of the future.