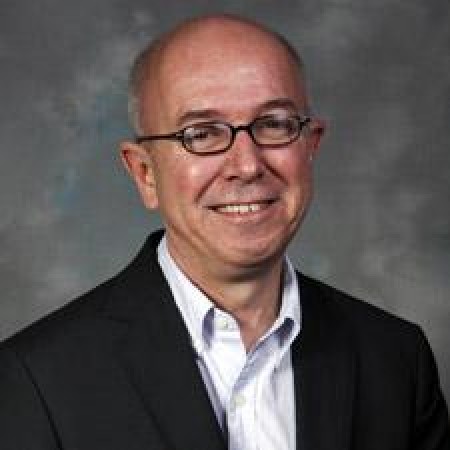 John Pomara's teaching and research are on the visual arts with a focus on current theoretical concerns of contemporary art and culture. His own research the past few years has focused primarily on issues addressing the current state of painting and picture making with the rise of new media and digital technology. Pomara explores and formats computer stenciling of magnified digital images. These pictorial distortions are then painted in an analog fashion, pulling industrial enamel paints across aluminum surfaces.

In 2006 and 2007, he had solo exhibitions at the Barry Whistler Gallery in Dallas, Texas, as well as being included in an exhibition at the Dallas Museum of Art titled, Capturing Motion. In 2005 he received the Legends Award from the Dallas Center of Contemporary Art coinciding with a Fifteen Year Survey of his paintings and digital pictures. He has also exhibited his work and has lectured at the Dallas Museum of Art in a solo exhibition; Concentrations 39 and the group show Crossing State Lines, at the Museum of Fine Arts Houston with work being acquired for their permanent collections (2001). He has shown extensively in solo and group exhibitions in New York, Chicago, Houston, Miami, Los Angeles and London, U.K. Most recently his work has been shown at the Tucson Museum in Arizona in the exhibition, Paint on Metal, and at the Meadows Museum in Dallas in Texas Vision: The Barrett Collection. He has given lectures and appeared on panels at the Smart Museum in Chicago, the Dallas Museum of Art, the Nelson-Atkins Museum in Missouri, the McKinney Avenue Contemporary in Dallas, and various universities. His work has been written about critically in major art journals and magazines such as Flash Art, ARTFORUM, and Art in America, Art News, Art Papers and The New Art Examiner.

Pomara has taught as a Visiting Artist and Lecturer at the University of North Texas, East Texas State University and Brookhaven College. He was awarded the UT Chancellors Award of Teacher of the spring of 2007. 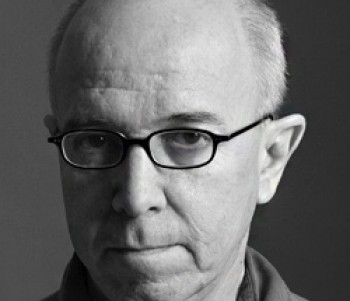 John Pomara, professor of visual arts in the School of Arts and Humanities, produces art that is unique to the digital age. His most recent work is on display at the Barry Whistler Gallery in Dallas until Nov. 24.The exhibit, titled off-Key2, showcases Pomara’s artistic approach fusing art, science and technology – a style that has developed over time. In 1998, Pomara was a newly-hired professor who didn’t want anyone to see what he was working on. After dark, when no one was around, he returned to the Visual Arts Building to use the copy machine. For months, Pomara photocopied paint drips patterned to resemble microbiology photographs of cell structures. Pomara’s late-night project led to an exhibition of large-scale paintings and photographs that appeared as photocopies at the Dallas Museum of Art, and to a deeper investigation of how art, technology and science interact.Today, Pomara is lauded for his ability to blend technology and traditional art. Some call him a “new media artist.” 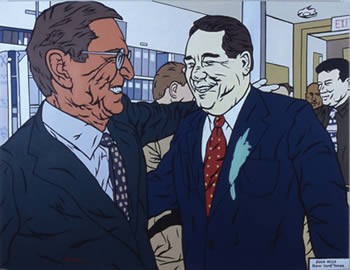 RICHARDSON, Texas (July 25, 2005 ) — Acclaimed artist and University of Texas at Dallas (UTD) faculty member John Pomara will serve as curator of space-invaders, a mixed-media exhibition that will be shown in the main gallery of UTD’s Visual Arts Building from Aug. 19 to Sept. 17. The exhibit will be held in conjunction with the Eugene Binder Gallery in Marfa, where space-invaders will be on display in October.

Pomara, an associate professor in UTD’s School of Arts & Humanities and a recent Dallas Center for Contemporary Art Legend Award winner, said the exhibition explores the current state and definition of “space.” Normally, paintings and photographs exist in the second dimension, while sculptures exist in the third . Many of the works in this exhibit, however, seem to exist in the second and third dimensions simultaneously, said Pomara.

Two educators at the University of Texas at Dallas — Dr. John Pomara and Dr. Nathan Dodge — have been selected as outstanding teachers for the 2006-2007 academic year.

Pomara, an associate professor in the School of Arts and Humanities, will receive the Chancellor’s Council Award, which is provided annually by The University of Texas System to recognize excellence in teaching at each of the system’s nine general academic institutions.  Dodge, a senior lecturer in the Erik Jonsson School of Engineering and Computer Science, has been selected for the newly created President’s Outstanding Teaching Award, established this year by UT Dallas President David E. Daniel to recognize the contributions of non-tenure track faculty.