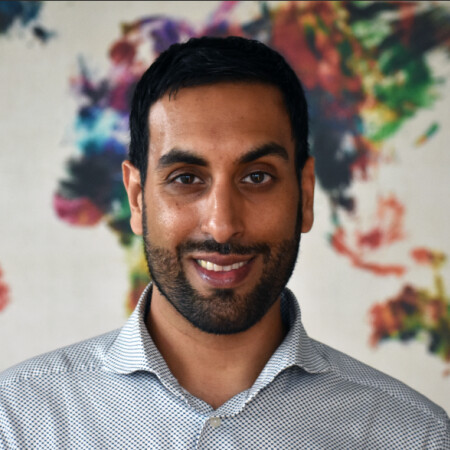 Dr. Wig's research program uses a combination of structural and functional imaging tools (including fMRI, DTI, and TMS) to understand the organization of large-scale human brain networks and how these networks change over the adult-lifespan. He uses this information to guide studies related to mnemonic and attentional processes, with a particular focus on understanding the sources of individual differences in memory and attention and how they may be modified by aging and disease. 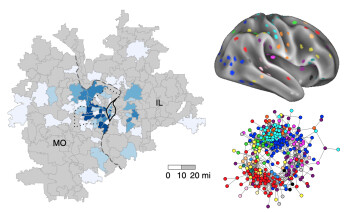 Scientists from The University of Texas at Dallas School of Behavioral and Brain Sciences (BBS) have demonstrated that a key measure of the health of the aging brain varies in relation to education level, which can indicate the likelihood and severity of later dementia.

Their results, published in Nature Aging on Nov. 11, suggest that environmental factors related to socioeconomic status might accelerate brain aging. 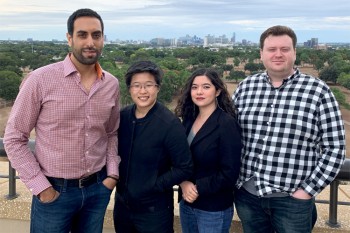 Researchers at The University of Texas at Dallas’ Center for Vital Longevity (CVL) have received a $2.9 million grant to continue their investigation into links between socioeconomic disadvantage and susceptibility to cognitive decline.

The National Institute on Aging, part of the National Institutes of Health (NIH), provided funding for the project, led by Dr. Gagan Wig, associate professor of cognition and neuroscience in the School of Behavioral and Brain Sciences. Focusing on middle-aged adults from lower socioeconomic backgrounds, researchers hope to pinpoint structural features of the adult brain that could predict later symptoms of degenerative conditions such as Alzheimer’s disease. 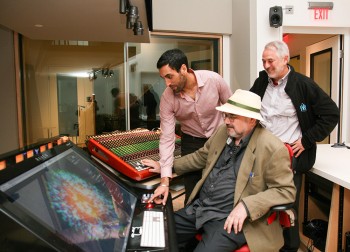 Data from functional magnetic resonance imaging (fMRI) have provided eye-popping pictures of the way the brain is wired, and allowed neuroscientists and laypeople alike to view intricate anatomical and functional connections between regions of the brain. But what if a new tool could be applied to MRI and other data, to listen to the way the brain works and how it is forged with connections?
An emerging effort to “sonify” imaging data is taking root at UT Dallas’ Center for Vital Longevity, in the lab of Dr. Gagan Wig. The approach, now funded by the Defense Advanced Research Projects Agency (DARPA), allows data to be represented by sounds from which a trained listener might be able to discern patterns of brain connectivity not readily seen in available visualization strategies.

Differences in cognitive abilities such as executive function, long-term memory, and language are present not only across different ages but also within groups of seemingly similar people, such as healthy young adults. Researchers consider these differences to reflect differences in the functional specialization of networks in the human brain.

Increased 'Blurring' of Brain Networks May Contribute to Poor Memory 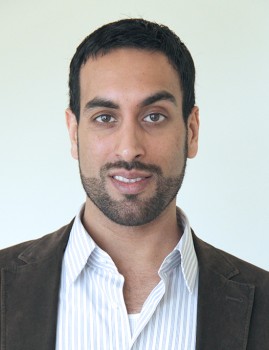 People may be inclined to think that poor memory is associated with a gradual disconnecting of the brain’s circuitry, but can too much connectivity in the brain actually play a role in worsening memory?

New research from the Center for Vital Longevity (CVL) at UT Dallas suggests it may.

The study, published this week in the Proceedings of the National Academy of Sciences, has found that the more connections forged between a brain’s sub-networks, the poorer a person’s memory was.