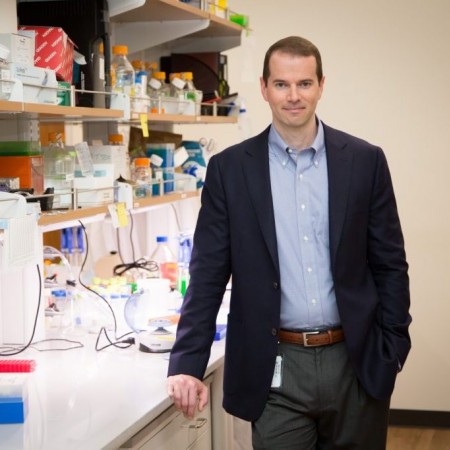 Professor and Chair, Department of Neuroscience

Dr. Greg Dussor’s research focus is on uncovering pathological mechanisms and therapeutic targets for migraine headache. Since the most likely mechanism contributing to migraine pain is activation of peripheral nociceptive signaling from the meninges, experiments in the Dussor laboratory have focused on identifying cellular mechanisms of dural afferent activation/sensitization as well as understanding plasticity at the central terminals of these neurons. The laboratory has identified targets within the meningeal nociceptive system including acid-sensing ion channels (ASICs), several TRP channels, and IL-6 signaling mechanisms. His team has also developed and optimized several preclinical behavioral models for studying migraine. More recently, they have begun to investigate mechanisms that may contribute to the higher prevalence of migraine in women. These studies include a focus on the hormone prolactin as well as mechanisms that may mediate differential signaling through neuropeptide systems such as calcitonin gene-related peptide (CGRP).

Dr. Dussor was a recipient of a Future Leaders in Pain Research award from the American Pain Society and is a 2020 Mayday Fellow. He serves on the editorial boards of Pain, Pain Reports, Molecular Pain, Headache, the Journal of Headache and Pain, the Journal of Neuroscience, and he is a member of the advisory boards of the Migraine Research Foundation and the Association of Migraine Disorder’s new Migraine Science Collaborative. 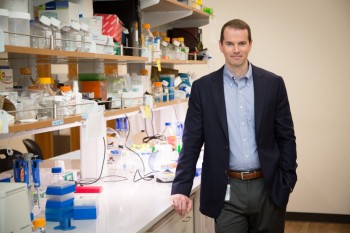 Dr. Gregory Dussor’s career in migraine research isn’t built on hope.  As a leader in migraine studies, and associate professor in Behavioral Brain Sciences at UT Dallas, his playbook is built with a desire to make the quality of life more fulfilling for others who suffer from this debilitating disease.  As a 2008 recipient of the Future Leaders in Pain Research Award from the American Pain Society, Dr. Dussor’s dedication and effort created the exposure to propel his team to continue advancing the field of migraine education. In 2013, he was awarded a grant from the Migraine Research Foundation for a current study, Afferent stimulation of the trigeminovascular system produces central sensitization via BDNF signaling in the nucleus caudalis. The third most common disease and the most common neurological disorder, Dr. Dussor writes, migraines affect “up to 33% of women and 13% of men at some point in their lives”.  That’s one billion people, according the Migraine Research Foundation’s website, worldwide. 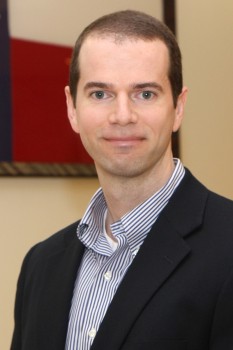 Drs. Gregory Dussor and Theodore Price have collaborated for the last 14 years to better understand the exact mechanisms behind migraines and chronic pain.

“Migraine was recently ranked as the third-most prevalent disease on the planet and eighth on the list of most disabling diseases. Approximately 36 million Americans suffer from migraine and it is three times more prevalent in females than in males,” Dussor said. “Despite these numbers, there are very few scientists in the U.S. studying migraine and progress on new therapies is slow.” 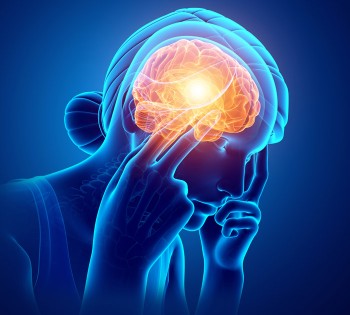 The scientific community has long known that migraine is more common in women. It’s also known that certain chemicals reliably trigger migraines. No one contradicts these ideas, but no one knows why either is true.
Researchers at The University of Texas at Dallas are using new tactics to analyze these old truths, with the hope of learning more about the mechanisms behind a condition believed to plague more than 10 percent of people worldwide.

Dr. Greg Dussor, Fellow, Eugene McDermott Professor in the School of Behavioral and Brain Sciences, is the principal investigator on two National Institutes of Health (NIH) grants — totaling more than $2.8 million across five years — to pursue these answers.

Why Is Migraine More Common in Women? One Protein May Hold the Key 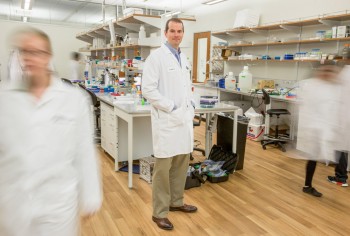 A new preclinical study from University of Texas at Dallas researchers may help explain why migraine is three times more common in women than men.

In research published online April 8 in The Journal of Neuroscience, a protein implicated in the development of migraine symptoms caused pain responses in female rodents, but not in males, when introduced into the meninges, the protective tissue layers surrounding the brain.

Most previous preclinical investigations of migraine and the protein, called calcitonin gene-related peptide (CGRP), used only male animals, leaving the question of neurobiological sex differences unanswered, said Dr. Greg Dussor, the corresponding author of the study and an associate professor of neuroscience in the UT Dallas School of Behavioral and Brain Sciences.