He has designed award-winning sets for theater and was awarded "Best Artist" three times in the annual "Best of Dallas" awards presented by the Dallas Observer.

Greg Metz initiated an Artist Advisory Board at the Dallas Museum of Art. He was the lead artist on the initial prototype for the Dallas Master Plan's 'Percent for the Arts Program' and later worked to establish Project Teamwork bringing art education into public schools through collaboration with the Dallas Museum of Art. He co-founded and chaired the Dallas Artist Research and Exhibition, a non-profit artist run organization whose mission is to show and support experimental artists and their research, which lead to his co-founded of the McKinney Avenue Contemporary, an alternative arts and performance center in Dallas.

He recently curated a show at the Dallas Center for Contemporary Art, "Drawing Under the Influence" which was widely reviewed and included 4 Whitney Biennale artists. In 2005 he curated the exhibition "Unreal" at UT Dallas which premiered David Hanson's Philip K. Dick's Robot model installation, one of the most advanced lifelike interactive robots to date which was later to be included in the Cooper Hewitt Design Triennial at the Smithsonian. In Spring 2009, he curated the exhibition "StayBite: Modes of Operation" which included a group of interventionist collectives from the West Coast to present varied profiles of their interactions using their art as tool to create change and awareness.

'A Market for Change’: Art and the Workplace 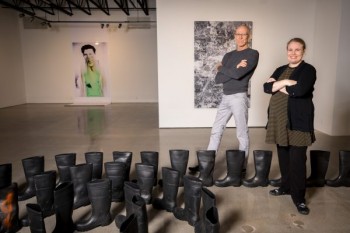 Dr. Metz, a long-time artist and curator of Derive Art, and Ms. Saunders a designer at Derive Art, are time travelers in their own right, creators of time-defying spaces, and researchers who have dedicated their lives to promoting art education.

Dr. Metz’s venture, Derive Art, is an art service that specializes in bringing contemporary artworks to the workplace. As a service, Derive Art provides artwork installations for rent and acquisition, but the goal of Dr. Metz and Ms. Saunders research is more impactful than feng shui. While their multifaceted approach to introduce artwork into the workplace creates a platform for employees to become knowledgeable about art, as well as spark interesting conversations about the world around them, their work aims to solve an underlying problem that Dr. Metz understands very well. 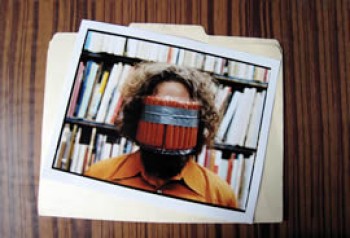 Metz describes the exhibition as “an artists’ commentary on a world, which, as a result of anomaly, misinterpretation, appropriation, manipulation, exploitation or neglectful intervention, has had its fate altered from the norm.”

The exhibition in the Main Gallery of the University’s Visual Arts Building is free and open to the public.