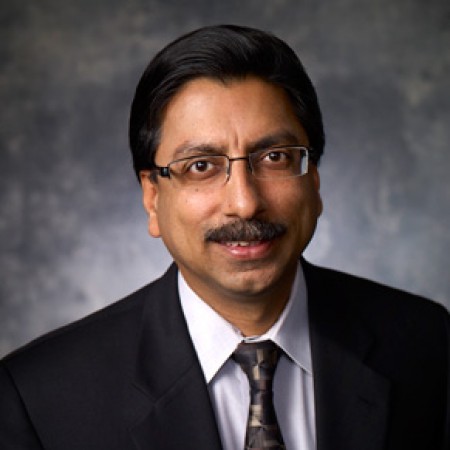 Associate Department Head
The University of Texas at Dallas [2004–Present]

Professor
The University of Texas at Dallas [2002–Present]

Associate Professor
The University of Texas at Dallas [2000–2002]

Condicutve Logic Programming and Its Applications

Reissuing the 5th Generation Challenge: Next Generation of LP Systems 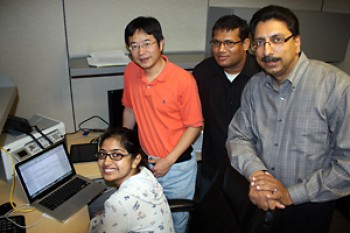 When Dr. Gopal Gupta took the helm of the Department of Computer Science, contributing to the regional economy through entrepreneurial endeavors was a goal set for faculty members and students, and an expectation he applied to himself. Three years later, he is co-founder of Interoperate, a startup company whose clients now include publicly traded organizations that rank in the top 100 onFortune magazine’s list of the largest companies in America. Interoperate automatically translates computer programs made from legacy codes, those created decades ago, into their modern versions accurately and efficiently. Gupta, an expert in programming languages and applied logic, took a different approach. He built a translator that uses the most sophisticated programming languages available to automatically translate legacy code.

The UT Dallas Computer Science Department’s head, Dr. Gopal Gupta, has been elected president of the Association for Logic Programming. The international association was founded in 1986 to contribute to the development of logic programming, which is a programming paradigm and the basis of Prolog, a computer language that’s widely used in research and education. “Logic programming is an important component of modern computer science,” Gupta said. “Logic programs are considerably shorter and easier to maintain than programs written in other languages, and the association works to relate logic programming to other subfields of computer science and to promote its use in academia and industry worldwide.” 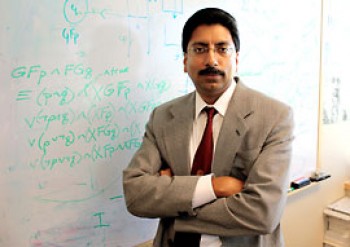 Dr. Gopal Gupta, a professor and associate head of the computer science program in the Erik Jonsson School of Engineering and Computer Science at The University of Texas at Dallas (UTD), along with five co-authors, won the best paper award at the European Conference on Web Services held earlier this month in Sweden. The paper, titled “A Universal Service-Semantics Description Language,” addresses the issue of designing a mark-up language that will allow automatic discovery of services on the internet. It was selected from among 70 submissions and was also authored by four UTD students — Ajay Bansal, Srividya Kona, Luke Simon and Ajay Mallya. The remaining co-author, Tom Hite, is the chief technology officer of Metallect Corporation.

The new head of computer science at UT Dallas is committed to further enhancing the department’s education and research, but he also wants to accelerate entrepreneurial activities, benefiting faculty, students, alumni and the regional economy alike. “Software-based companies are, after all, particularly easy to start,” said Gopal Gupta, who officially became department head Aug. 12. “A few people with some good ideas and some laptops in a garage, and you’re ready to go.” Dr. Gupta admits it may take a little more than that to produce the next Google – and having been involved with two start-up companies himself, he knows the process – but he thinks the department is well-positioned to help create successes in the commercial marketplace.

Multiple Computer Science Department faculty from The Erik Jonsson School of Engineering and Computer Science have been named to the AMiner Most Influential Scholar Annual List, which recognizes the world’s top-cited research scholars – from both industry and academia – in the fields of science and engineering.
In the field of Natural Language Processing (NLP), the Department of Computer Science had three faculty recognized for their productivity and publication citations: Dr. Vincent Ng; Dr. Sanda M. Harabagi; and Dr. Dan Moldovan.