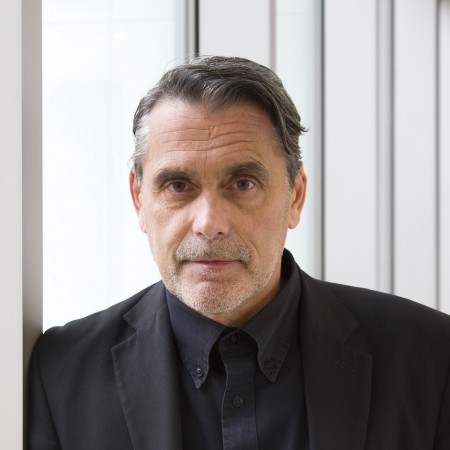 Ph.D. - Science of Information and Communication
University of Paris VIII - 2004

Art and Technology: Representations of Time

Frank Dufour has been employed as a sound technician at the Archives of the French National Radio for nine years, from 1983 to 1992. He was in charge of the restoration of historical recordings.

In 1992, he created one of the first all-digital recording studios in France specialized in digital sound restoration for audio publications and sound design for animation movies and video productions. The studio created the sound effects for the TV series The Teenage Mutant Ninja Turtles and Prince Valliant. As Multimedia Designer, he was one of the three authors of the first Hypermedia interactive narrative issued in France, a CD-ROM called "Sale temps," and has authored numerous interactive publications.

Frank Dufour's professional activities as a sound designer, and multimedia designer have always been coupled with teaching activities. His first position was at the University of Paris, René Descartes from 1985-1996, where he taught the History of Audiovisual Technologies. He has also taught at the Universities of Paris-Villetaneuse and Paris-Saint-Denis, and at the University du Sud Toulon Var as an Assistant Professor teaching Digital Sound Design and Hypermedia Design. Frank Dufour currently is a member of the laboratory "Musique et Informatique de Marseille" in which he is conducting researches on the concept of Time Icons and on the relations between music and visual expressions. This research project has two main applications. The first is dedicated to the visualization of music and explores the use of images and animations as a means to facilitate the understanding and appreciation of music -- conducted in relation with the Dallas International School. The second application is dedicated to the translation of images into sounds and music -- conducted in relation with the Dallas Museum of Art. Frank Dufour has also been involved in the "First Person Cultural Trainer" project developed for the U.S. Army Training and Doctrine Command and Joint Forces Command. 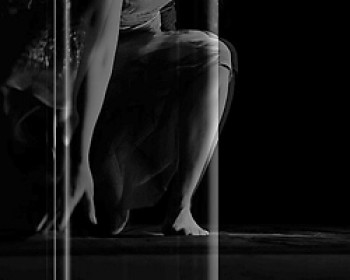 With a new exhibition in France, Dr. Frank Dufour, assistant professor of sound design in UT Dallas’ Arts and Technology (ATEC) program, has officially gone global. “Acoustic Shadows: An Exploration of Sense of Space” is an experimental interactive sound installation Dufour created alongside wife Kristin Lee through the entity Agency 5970. The piece is currently on display at The Vasarely Foundation in Aix-en-Provence, France. Dufour worked on the sound and music aspects, while his wife tackled the visual side. Two ATEC graduate students have been working with the Dufours: PhD student Sherri Segovia as choreographer and graduate student Djakhangir Zakhidov as videographer. 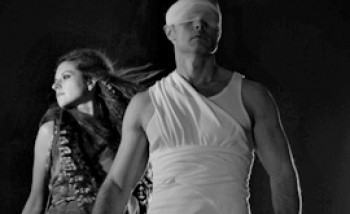 Using the ancient myth of Orpheus, video projection and three-dimensional sound, a UT Dallas professor is examining the relationship of sound to perception of movement in Acoustic Shadows, an Exploration of the Sense of Space. Acoustic Shadows is an audio-visual immersive and interactive installation that depicts Orpheus surrounded by shadows of the underworld consumed by the shadow of his wife, Eurydice. In the myth, the gifted and musical Orpheus travels to the underworld after his wife dies to beg Hades to allow his wife to return to earth. After violating a condition made by Hades, Orpheus loses his wife forever.Dr. Frank Dufour worked on the project with his wife, Kristin Lee Dufour, a creative art director and international consultant for visual communications.