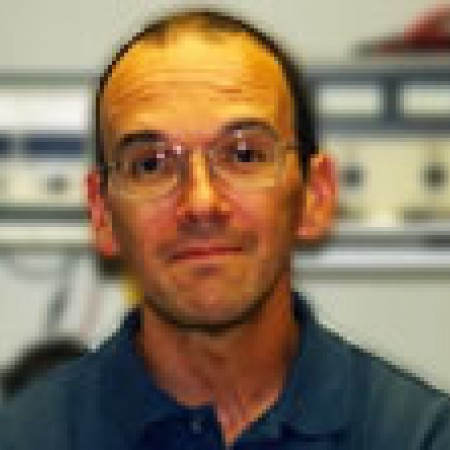 Protein synthesis in eukaryotic organisms is a complex process that requires cooperation among a large number of polypeptides including ribosomal proteins, modification enzymes, and ribosome-associated translation factors. Our research focuses on the initiation phase of protein synthesis, during which ribosomes select mRNAs to be translated and identify the translational start site. This process requires a set of eukaryotic translation initiation factors (eIFs), many of which are comprised of multiple polypeptide subunits (Fig. 1). Initiation factors, as well as the overall pathway for initiation of protein synthesis, appear to be conserved between eukaryotes as widely divergent as yeasts and humans. In fact, a number of yeast initiation factors have been shown to substitute in in vitro initiation reactions using otherwise mammalian components, while a number of mammalian genes encoding initiation factor subunits have been shown to substitute in vivo for their yeast counterparts. Because of the ability to combine powerful genetic approaches with biochemical analyses, we use the yeast Saccharomyces cerevisiae as a model system to dissect the complexities of eukaryotic protein synthesis.

One area of current research is eIF2 and its guanine nucleotide exchange factor eIF2B. eIF2 is a heterotrimeric GTP-binding protein whose known functions include delivery of charged initiator methionyl-tRNA to the ribosome, as well as a role in identifying the translational start site. The three eIF2 subunits are encoded by essential genes (a, SUI2; b, SUI3; g, GCD11). eIF2B is a heteropentamer, and four of the five corresponding structural genes (GCD1, GCD2, GCD6, and GCD7) are essential in yeast.

Although we understand something of the overall function of these two translation factors, less is known about the function of individual subunits within these macromolecular complexes. It is important to identify these functions, particularly since altered regulation of eIF2 and eIF2B function has been shown to result in malignant transformation in mammalian systems.

Earlier work from our lab lead to the initial report describing a structural gene encoding a g-subunit of eIF2, the GCD11 gene in S. cerevisiae. Clues to the function of eIF2g can be found in its deduced amino acid sequence, which bears remarkable similarity to prokaryotic and mitochondrial EF-Tu proteins. EF-Tu binds charged elongator tRNAs in a GTP-dependent fashion, and is the prototypical member of the GTP-binding family of translational factors. The sequence similarity between eIF2g and EF-Tu proteins apparently reflects functional similarities, as genetic and biochemical studies from our lab (Erickson and Hannig, 1996) indicate that the g subunit plays a major role in ligand-binding by eIF2 (i.e., binding guanine nucleotides and charged initiator methionyl-tRNA). Biochemical analysis of additional eIF2 complexes containing alterations in the g subunit (as well as the a and b subunits) may reveal subunit functions that lie downstream from ligand-binding in the initiation pathway.

We are also examining interactions between eIF2 and eIF2B. Considerable interest exists in eIF2B because it is the most complex guanine nucleotide exchange factor currently known. The reasons for this complexity are not clear, but may reflect different catalytic and/or regulatory functions for individual subunits. We recently identified conditions that appear to reduce the requirement for eIF2B in yeast. Analysis of these mutants and additional partial loss-of-function mutations should allow us to address the role(s) of individual subunits in eIF2B function, and thereby gain a more complete understanding of this complex exchange factor.

Associate Professor
The University of Texas at Dallas [1996–Present]

Assistant Professor
The University of Texas at Dallas [1990–1996]

Molecular and Cell Biology Program, The University of Texas at Dallas

Molecular and Cell Biology Program, The University of Texas at Dallas