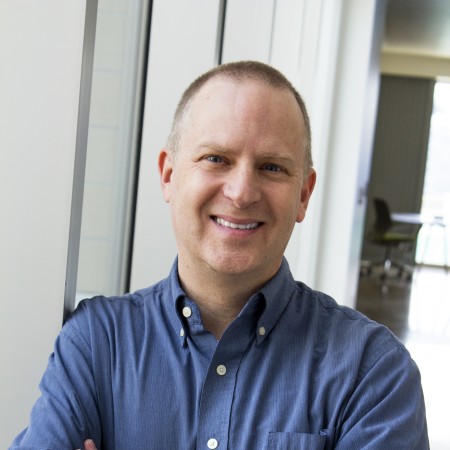 Eric Farrar is an Assistant Professor of 3D Computer Animation in Arts and Technology (ATEC). He graduated from Ohio University with a music performance degree and spent the better part of a decade working as a freelance drummer and percussionist in the central Ohio area, all the while working at a variety of computer-related "day jobs."

In the late 1990s, Eric returned to school to study graphic design where he discovered 3D computer animation. He immediately fell in love with the medium as a means for combining his appreciation for visual art with his background in music.

He completed an MFA in Computer Animation and Visualization working through the Advanced Computing Center for Art and Design (ACCAD) at The Ohio State University. Eric then went to work for the Los Angeles based visual-effects studio, Rhythm & Hues. There he worked as a character rigger creating bone and muscle systems for digital characters helping to bring a variety of computer generated animals and fantasy characters to life. Films on which he worked include Night at the Museum and The Chronicles of Narnia: The Lion, Witch and the Wardrobe.

Eric is currently teaching courses in 3D animation including two new courses focused on character rigging, which introduce students to some of the more technical elements of preparing 3D models for animation. His creative and research interests center around independent animated shorts and techniques for combining music and animation.