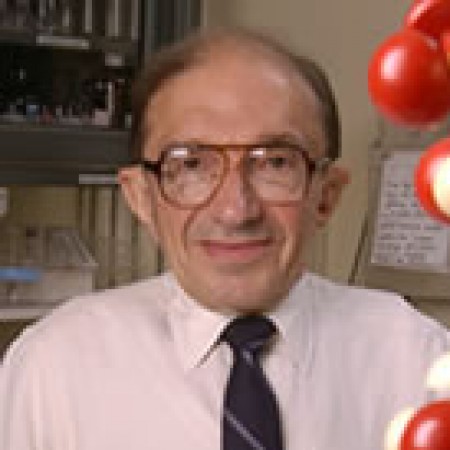 Our research involves the study of protein and nucleic acid structures by circular dichroism spectroscopy and other biochemical techniques. In the case of proteins, our work focuses on the single-stranded nucleic-acid binding proteins, especially the human replication protein A, as well as a simpler protein encoded by the filamentous Ff bacterial virus. We are studying the binding of these proteins to different DNA sequences. This work has fundamental importance in understanding how proteins bind to and control the expression of the DNA genome.

One new direction of our work has been to use novel quadruplex (four-stranded) DNAs as ligands for protein binding, since such DNAs have been identified as having special functions within the human genome.

A second new direction of research, in collaboration with Dr. T. Xia of our department, has been to study the ultra-fast fluorescence decay components of a fluorescent DNA nucleotide when it is sequestered in different binding pockets of a single-stranded DNA binding protein. The results should lead to a better understanding of the DNA binding preferences and functions of this type of protein.

1. The PI has been with UT-Dallas since its founding as a campus of the University of Texas System and for over three decades has helped develop both graduate and undergraduate programs.
2. As Program Head of the Department of Molecular and Cell Biology from 1989-1995, the PI led the expansion of the biology undergraduate curriculum into a full 4-year program, the largest in the School of Natural Sciences and Mathematics. Again as Program Head from 2004-2007, he promoted development of an interdisciplinary MS in Biotechnology degree program and its laboratory facilities. The laboratory facilities were also required as a venue for an NIH-sponsored Summer Institute Program to Increase Diversity (SIPID) in Health-Related Research that the department's Sickle Cell Disease Research Center oversees every summer.