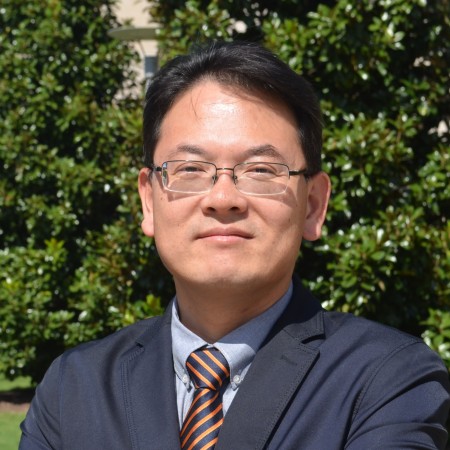 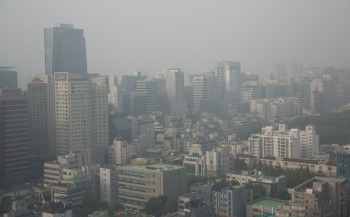 New UT Dallas research highlights the importance of using the right lens to get a complete picture of a public health problem.

Researchers in the School of Economic, Political and Policy Sciences wanted to take a closer look at how pollution and allergic diseases were related in Seoul, South Korea.
The image came into better focus when they incorporated a spatial statistical method called spatial autocorrelation, which allowed researchers to look at the degree to which pollution levels and allergic diseases were related in much greater detail and in smaller geographic areas of the city over five years. 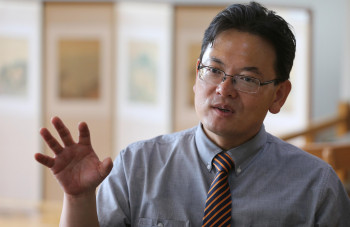 Although nearly eight years have passed since a major oil spill in South Korea, compensation and recovery efforts appear to be far from satisfactory, and the affected communities continue to suffer the effects of the disaster.

UT Dallas’ Dr. Dohyeong Kim, second-year doctoral student Soojin Min and two Korean scholars have found a considerable gap between the economic loss claimed by residents and the compensation they received after the Hebei Spirit oil spill. Only 11 percent of the claims were approved for compensation.

“I was surprised,” said Kim, the lead author of the findings that were recently published in Ocean & Coastal Management. “Eleven percent is really low, compared to the other countries. It’s a shame. My initial impression when I saw that finding was, ‘Citizens have a lot less organized power in Korea.’ It is striking to me.” 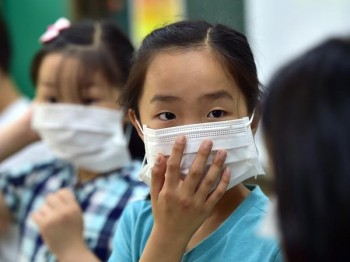 More than a thousand schools are shut down in South Korea, a response to rising fears over MERS — Middle East respiratory syndrome. The virus has now infected 41 people, of whom four have died, since the South Korean outbreak began May 20th, and it's exposing widespread distrust among South Koreans that their leaders can adequately handle the crisis.

"Right now the fear is nationwide and we can't go anywhere. It's not like we can take a family trip because the kids are on holiday; we can only stay at home, which is a bit frustrating," says Seo You-sun, who was out shopping with her 13-year-old daughter, because school was canceled.

But more frustrating to South Koreans is the government handling of this fluid situation. Not only was the first South Korean patient turned away from three hospitals before getting correctly diagnosed, new patients are being scattered to different hospitals, which some fear puts more people at risk for contamination. President Park Geun-hye's health leaders are refusing to share where patients are being treated.

"Most of the panic right now are not based on the true risk of MERS, but on the distrust of the government's ability to handle [it]," says Dohyeong Kim. He's a native Korean and a professor of public policy at the University of Texas at Dallas, specializing in global health.

"In order to gain public support they should make things very clear through various media sources, and make every effort to communicate with the public without any intention to hide," Kim says.

That's what people are calling for, across Korean social media, newspapers and in casual conversation. Late Thursday night, the mayor of Seoul joined critics, holding an emergency press conference complaining he couldn't reach anyone in the health ministry about a patient who could have infected thousands in Seoul. He announced he was setting up his own city-level response team.

The South Korean Health Ministry apologized earlier this week for what it described as "inappropriate" and "relaxed" initial responses. But that's not winning people over, especially when memories of another delayed response are still fresh. Just a year ago, a ferry carrying hundreds of students capsized in the Yellow Sea, killing more than 300 people.

"The Park administration could not demonstrate any professionalism in the process of handling of the case [in] rescuing the victims, communicating with the victims' family and public. So therefore a lot of anxiety and concern still remain," Dohyeong Kim says. 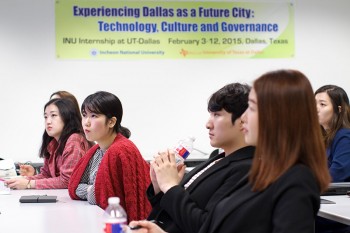 With lectures, visits to government offices and field trips to local destinations, a new internship program is teaching urban policy and architecture students from South Korea about how Dallas is building its future.
Ten juniors and seniors from Incheon National University in Incheon, South Korea, were the first group to visit UT Dallas as part of the 10-day internship, “Experience Dallas as a future city: Technology, culture and governance.”

Exploring Determinants for Recruitment and Retention of Family Doctors for Rural Practice in Vietnam: Lessons from a Discrete Choice Experiment

Experiencing Dallas as a Future City: Technology, Culture and Governance