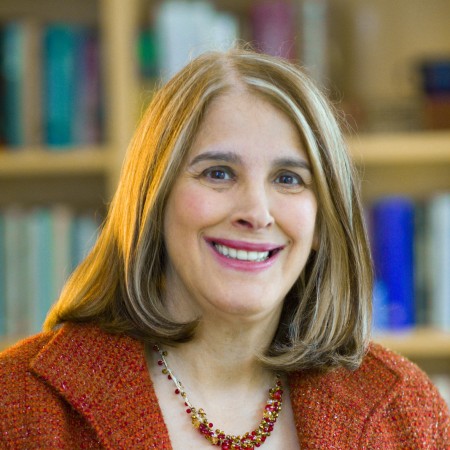 Regents' Research Scholar and Professor of Behavioral and Brain Sciences

Director of Research of the Center for Vital Longevity

Dr. Park focuses her research program on understanding how the mind changes and adapts as we age. She is interested not only in the function of the mind and brain, but in determining whether stimulation can maintain the health of the aging brain. She is also focusing on isolating a "neural signature" of middle-aged adults who will age with vitality versus those who are at greater risk of less adaptive cognitive aging.

Director
The University of Illinois at Urbana-Champaign [2002–2007]

Professor
The University of Illinois at Urbana-Champaign [2002–2007]

Professor
The University of Illinois at Urbana-Champaign [2002–2007]

She is a fellow of the American Association for the Advancement of Science; received the American Psychological Association's award for Distinguished Contributions to the Psychology of Aging, and recently served on the Board of Directors of the American Psychological Society. She has an NIH Merit Award for her research and also directs an NIA Roybal Translational Research Center on Aging. She has chaired, in the past, the NIMH study section on the Mental Disorders of Aging and most recently chaired the NIH Cognition and Perception Study Section.

Dr. Denise Park, director of the Center for Vital Longevity at The University of Texas at Dallas, has been appointed by the National Heart, Lung, and Blood Institute to serve on the Observational Study Monitoring Board for the Women’s Health Initiative (WHI). Launched by the National Institutes of Health (NIH) in 1991, the Women's Health Initiative was a 15-year, multimillion-dollar endeavor, and one of the largest U.S. studies of its kind. It was designed to gather critical data on diseases affecting women, including cardiovascular disease, cancer and osteoporosis. The WHI originally consisted of a set of clinical trials and an observational study, which together involved nearly 162,000 women across the U.S. In 2010 the NIH extended the program through 2015, with some changes in focus. During this renewal period, researchers will continue to study many chronic diseases of aging, but they also will focus on age-related cardiovascular conditions, cognition and predictors of healthy aging.

Center for Vital Longevity Receives Over $5 Million for Aging Studies 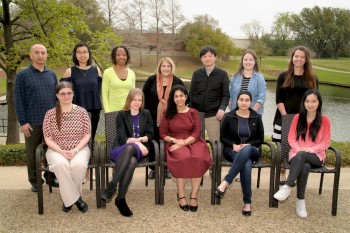 Researchers at the Center for Vital Longevity at The University of Texas at Dallas recently received three federal grants totaling more than $5 million to start new projects or continue existing studies on the cognitive neuroscience of aging.

“These recent awards are a very welcome addition to the federal funding held by the center,” said Dr. Michael Rugg, Distinguished Chair in Behavioral and Brain Sciences and center director. “They will support important and urgently needed research and are a testimony to the talents of my colleagues and to the high quality of their research programs.”
Dr. Denise Park, Distinguished University Chair in Behavioral and Brain Sciences and director of research and the founder of the center, was awarded $1.2 million from the National Institute on Aging (NIA) for an ongoing project aimed at determining whether individuals can slow the rate at which their brains age. Park initiated the Synapse Project eight years ago with NIA funding. 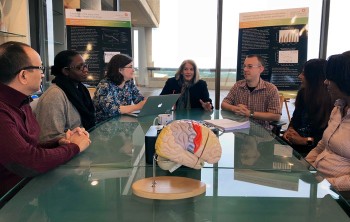 New research from The University of Texas at Dallas suggests that periodic evaluation of changing amyloid levels in certain brain structures may offer an important clue into who may be on a trajectory toward Alzheimer’s disease.
Deposits of a protein called amyloid in the brain are one of the earliest signs that an individual is at high risk for developing Alzheimer’s. The findings, published in the Nov. 6, 2018, issue of the journal Neurology, indicated that early changes in amyloid in posterior cortical regions of the brain were associated with subtle declines in episodic memory — one’s memory for events, times and places that are autobiographical in nature. Declines in this type of memory are known to be one of the first symptoms of Alzheimer’s.

Neuroimaging of dedifferentiation and memory across the lifespan

Impact of Exercise and Engagement on Cognition in Older Adults

Competitive Supplement to Neuroimaging of Dedifferentiation and Memory across the Lifespan