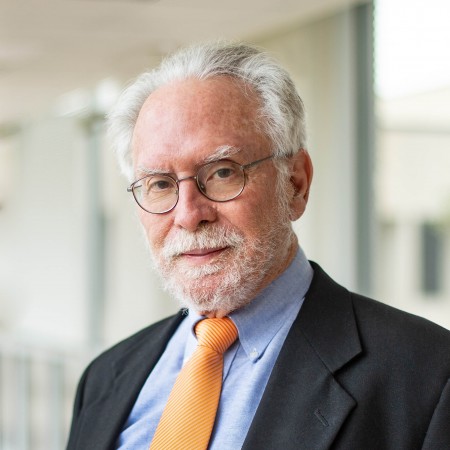 Overcoming Alienation: A Kabbalistic Reflection on the Five Levels of the Soul 2028 - Book
Portraits: The Hasidic Legacy of Elie Wiesel 2021 - Book
The Literary Response to the Holocaust 2021 - Edited collection
The Holocaust and the Nonrepresentable: Literary and Photographic Transcendence  2018 - Book
The Legacy of an Impassioned Plea: Franklin H. Littell’s  2018 - Edited volume
Anti-Semitism and Its Metaphysical Origins 2015 - Book
Genocide in Jewish Thought  2012 - Book
A Genealogy of Evil: Anti-Semitism from Nazism to Islamic Jihad 2010 - Book
Emil L. Fackenheim: A Jewish Philosopher’s Response to the Holocaust  2008 - Book
Jewish-Christian Dialogue (with Alan L. Berger) 2008 - Book

Sutton Chair in the Humanities
University of Oklahoma [1992–1993]

“What History Can Teach Us: Patterns in Antisemitism,”

“Antisemitism from Hitler to Hamas,”

Institute for the Study of Global Antisemitism, Oxford

“Islamic Jihad and the Holocaust: From Hitler to Hamas,”

International eConference on the Holocaust and Religion

“Antisemitism from Medieval to Modern Times,”

Institute for the Study of Global Antisemitism and Policy, Oxford

“The Singularity of the Nazi Antisemitism,”

David Patterson holds the Hillel A. Feinberg Chair in Holocaust Studies in the Ackerman Center for Holocaust Studies at The University of Texas at Dallas. A member of the World Union of Jewish Studies and the Association for Jewish Studies, he has delivered lectures at numerous universities and community organizations throughout the world. He is a participant in the Weinstein Symposium on the Holocaust, a member of the Facing History and Ourselves International Board of Advisors, and a member of the Scholars' Platform for the Beth Shalom Holocaust Centre, Cambridge, England. He also serves as Co-Editor-in-Chief for the Stephen S. Weinstein Series in Post-Holocaust Studies, published by the University of Washington Press.

Patterson's books include Anti-Semitism and Its Metaphysical Origins (forthcoming), Genocide in Jewish Thought (2102), A Genealogy of Evil: Anti-Semitism from Nazism to Islamic Jihad (2011); Sounding the Depths of the Soul (2009), Jewish-Christian Dialogue (with Alan L. Berger, 2008), Overcoming Alienation: A Kabbalistic Reflection on the Five Levels of the Soul (2008), Emil L. Fackenheim: A Jewish Philosophers Response to the Holocaust (2008), Open Wounds: The Crisis of Jewish Thought in the Aftermath of Auschwitz (2006), Wrestling with the Angel: Toward a Jewish Understanding of the Nazi Assault on the Name (2006), Hebrew Language and Jewish Thought (2005), Along the Edge of Annihilation: The Collapse and Recovery of Life in the Holocaust Diary (1999); Sun Turned to Darkness: Memory and Recovery in the Holocaust Memoir (1998), Greatest Jewish Stories (1997), When Learned Men Murder (1996), Exile: Alienation in Modern Russian Letters (1995), Pilgrimage of a Proselyte: From Auschwitz to Jerusalem (1993), The Shriek of Silence: A Phenomenology of the Holocaust Novel (1992), and others.

Patterson is the editor and translator of the English edition of The Complete Black Book of Russian Jewry (2002), and he is a major contributor and co-editor (with Alan L. Berger and Sarita Cargas) of the Encyclopedia of Holocaust Literature (2002), as well as co-editor (with John K. Roth) of Fire in the Ashes: God, Evil, and the Holocaust (2005) and After-Words: Post-Holocaust Struggles with Forgiveness, Reconciliation, Justice (2004). He has also translated literary works by Ivan Turgenev, F. M. Dostoevsky, and Leo Tolstoy.