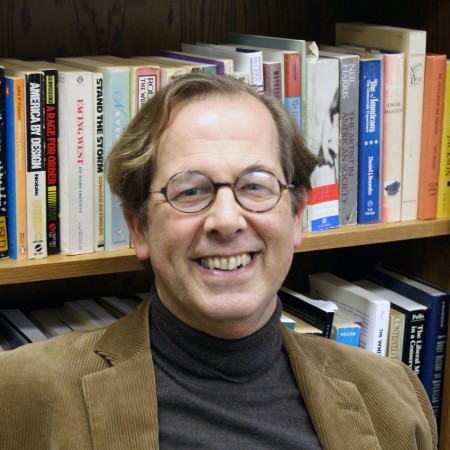 Daniel Wickberg has taught at Yale University, Colgate University, and UT Dallas. He has expertise in the history of American social thought, modern American culture, Anglo-American intellectual history and historical thought/ historiography. Wickberg's primary long-term interests lay in the intersections between the cultural history of emotions, the history of selfhood, and the history of keywords. His first book, The Senses of Humor: Self and Laughter in American Culture, was published in 1998 by Cornell University Press, and was reissued in paperback in 2015. This work looks at the origins and development of the idea of the sense of humor as a personality trait and a cultural value as a way of getting at larger issues of selfhood and society in modern America. He is currently developing several projects, including a series of essays on cultural and intellectual historiography. His book, The Idea of Tradition in a Culture of Progress: Thinking About the Past and Future in Postwar America, will be published by University of Chicago Press. His work seeks to revivify an approach to cultural history that focuses on the centrality of cultural sensibilities; his essay "What is the History of Sensibilities? On Cultural Histories Old and New," a statement of that approach, appeared in the June 2007 issue of the American Historical Review. His essays and reviews have also appeared in a number of other journals, including The Journal of American History, Critical Inquiry, Intellectual History Newsletter, Journal of Social History, American Studies,  Reviews in American History, and Modern Intellectual History. He served as President of the Society for U.S. Intellectual History (SUSIH) 2013-2015, and has served on the editorial board of the journal Modern Intellectual History since 2013.