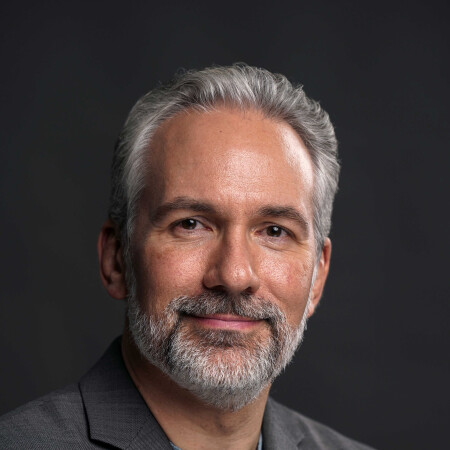 My research broadly focuses on the way that people attend to and remember information in order to solve problems, reason, and make decisions. I am particularly interested in how attention and memory interact with our environment to influence our decisions. Specifically I am interested in cognitive biases related to these interactions (e.g. framing effects, confirmation bias).

I am also interested in brain functions supporting attention, memory, and human performance. I am exploring the potential for brain stimulation via transcrainial Direct Current Stimulation (tDCS) and transcrainial Photobiomodulation (tPBM) for improving performance. These technologies may be helpful in areas such a recovery from the cognitive or motor effects of brain injuries.

Influences of reward motivation on encoding and delay in human working memory.

Inter-temporal preference changes: The transitory nature of construction of preferences by constraint-satisfaction.

A talk about some of our research in relational reasoning, lie detection, and the differences between our intuition and reason

Daniel Krawczyk is professor of Behavioral and Brain Sciences and holds the Debbie and Jim Francis Chair in Behavioral and Brain Sciences at The University of Texas at Dallas. He is currently the Deputy Director at the UT Dallas Center for BrainHealth®. He authored the book Reasoning: The Neuroscience of How We Think in 2017, a comprehensive guide to research on human reasoning. His research focuses on understanding reasoning and decision making via methods including behavioral studies and brain stimulation. He has led multiple Department of Defense-funded research studies evaluating thinking and cognitive performance. He currently teaches courses in reasoning at both the undergraduate and graduate levels. He has presented at over one-hundred scientific meetings, the TEDx stage, the Dallas Museum of Art, and is a regular speaker at the Perot Museum’s Social Science evening programs. His work has received media coverage on the NBC’s Today Show, NPR, and various science and technology podcasts. Dr. Krawczyk holds a PhD from the University of California, Los Angeles and was previously a Ruth L. Kirschstein Fellow at the University of California, Berkeley. He is also a faculty member in the Department of Psychiatry at The University of Texas Southwestern Medical Center.

New research from the Center for BrainHealth at The University of Texas at Dallas reveals that the amygdala may play a larger role in the brain’s ability to recognize faces than previously thought.
In a study published in Neuropsychologia, scientists found that the amygdala responded more specifically to faces than the fusiform face area (FFA), part of the brain traditionally known for facial recognition.

Scientist Gets Grant for Study of Veterans with Traumatic Brain Injuries

A researcher from the Center for BrainHealth at UT Dallas has been awarded a $2.7 million grant from the Department of Defense (DoD) under the Joint Warfighter Medical Research Program.

The grant, awarded to Dr. Daniel Krawczyk, deputy director of the Center for BrainHealth, will fund research, via a virtual technology platform, to improve cognitive and functional deficits for veterans who have experienced traumatic brain injuries (TBI).

Social interactions, such as navigating a conversation or determining whether someone is being truthful or not, are some of the most complex tasks the brain carries out, yet little is understood about the social brain on a neurobiological level.

The Defense Advanced Research Projects Agency (DARPA) Biotechnology Office awarded scientists at the Center for BrainHealth at UT Dallas a $401,000 grant to develop a method that would map and quantify aspects of the social brain. Researchers will investigate deception using imaging technology and advanced mathematical analysis to quantify its brain-basis. The study will incorporate the impact of cultural differences, an aspect increasingly relevant to military intelligence gathering operations. 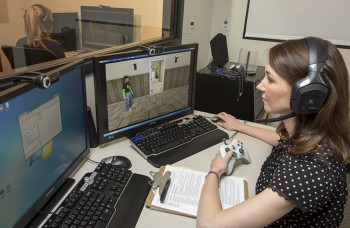 Although most children with high-functioning autism have above average intellectual capabilities, they often experience social difficulties. Deficits in social communication and difficulty inhibiting thoughts and regulating emotions can lead to social isolation and low self-esteem. However, new research from the Center for BrainHealth at The University of Texas at Dallas shows that a new virtual reality training program is producing positive results.

Wisdom in cause and action

Seeking evidence for why an event occurred is part of human nature, and it involves some of the most critical thinking processes we have. This process can allow us to determine the result of our actions based on immediate and clear feedback. Gaining insight into the world around us has resulted in numerous scientific discoveries. Engineering, medicine, and law are all fields in which clear feedback can allow us to make remarkable progress by understanding cause and effect relationships.

A medical situation can be life-threatening if the direct cause is not identified. In a searching for causes, we may look to the internet – not always the most reliable source of information on the cause of a health problem. We might be led to assume that the cause of a severe headache is a brain aneurysm when in fact it’s a migraine. Or consider stock traders… they can make a lot of money when they understand causes and effects. But many value situations are complex and uncertain. Cognitive or emotional biases enter into our thinking when we don’t have all of the relevant information. Biased evaluation of the cause can lose traders a lot of money.

What are we currently working on?

We are actively studying the relationships between thinking style (Cognitive Reflection) and framing effects in decision making. We use eye-tracking to examine the pupillometry response when we process information in a deep or shallow way. This may provide insight into the link between fast/slow thinking mode and cognitive bias.

We are also studying a brain stimulation method called transcranial photobiomodulation (tPBM). There is evidence that tPBM can briefly enhance neuronal excitation which may translate to superior attention and memory.

Information Processing and the Emergence of Cognitive Coherence in Decision Making.