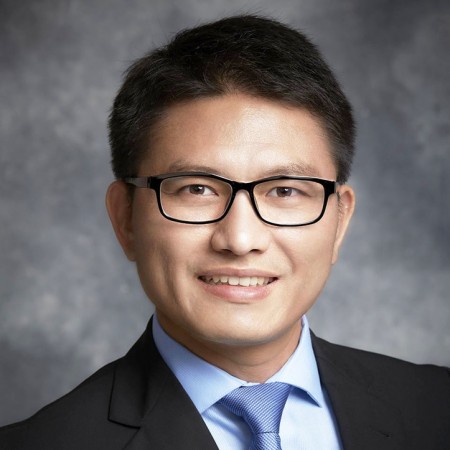 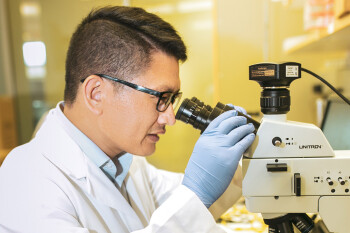 University of Texas at Dallas researchers have discovered that a novel surface they developed to harvest water from the air encourages tiny water droplets to move spontaneously into larger droplets.

When researchers placed microdroplets of water on their liquid-lubricant surface, the microdroplets propelled themselves to climb, without external force, into larger droplets along an oily, ramp-shaped meniscus that forms from the lubricant around the larger droplets. The “coarsening droplet phenomenon” formed droplets large enough for harvesting.

“This meniscus-mediated climbing effect enabled rapid coalescence on hydrophilic surfaces and has not been reported before. We have discovered a new physical phenomenon that makes it possible to harvest water more rapidly from air without external force,” said Dr. Xianming Dai, assistant professor of mechanical engineering in the Erik Jonsson School of Engineering and Computer Science, who led the work. “If we don’t have this new phenomenon, the droplets would be too small, and we could hardly collect them.”