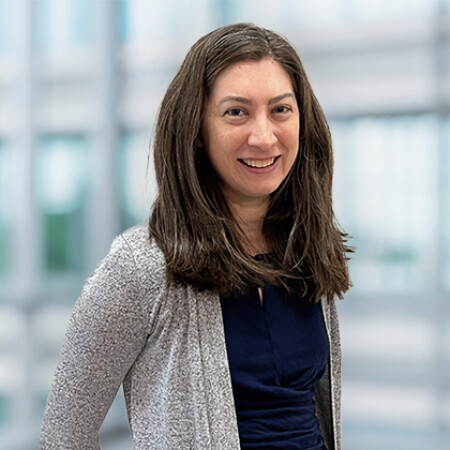 Stimulation of the vagus nerve, when paired with sound, could help people with Rett syndrome better process what they hear, a study in rats suggests.

The study, “Vagus nerve stimulation paired with tones restores auditory processing in a rat model of Rett syndrome,” was published in the journal Brain Stimulation.

People with Rett syndrome commonly experience difficulties with auditory processing, which refers to hearing and making sense of speech and other sounds. Previous research has indicated that such difficulties arise because of problems in the parts of the brain responsible for processing sound.

While interventions such as cognitive training can be partly beneficial, therapies that can significantly improve auditory processing in people with Rett syndrome are still needed.

Vagus nerve stimulation (VNS) involves electrical stimulation of one of the vagus nerves (one on each side of the body), which run from the head, down the neck, into the chest and abdomen. In the U.S., this approach is approved to treat depression and epilepsy.

VNS is believed to promote brain plasticity — the brain’s ability to “rewire” and form new connections. Previous research has suggested that pairing VNS with a sound can reverse damaging brain changes in a rat model of tinnitus.

“Thus, VNS may represent a means to influence plasticity in the auditory network in the context of Rett syndrome,” scientists from The University of Texas at Dallas wrote in their study.

To assess their hypothesis, the investigators used female rats with a mutation in the MECP2 gene, modeling Rett syndrome. A group of animals received VNS paired with sound cues, delivered 300 times per day for 20 days, while the others were untreated to serve as controls. An additional group of wild-type rats (without mutations) was also used.

An electrode was implanted around the left vagus nerve, and connected to wire leads placed under the skin between the eye and the ear, and to a head cap on top of the skull.

After seven days of recovery from surgery, the animals were placed in a cage within a sound-insulated chamber. The head cap was then connected to a pulse stimulator and sounds of multiple tone frequencies were presented from a speaker hanging above the cage.

One day after the last VNS-tone pairing session, the rats’ electrical activity in the primary auditory cortex was recorded in responses to sounds under anesthesia.

Relative to wild-type rats, untreated animals with MECP2 mutations showed a 29% decrease in the A1 response strength to speech sounds. Importantly, pairing VNS with sound in the rat model of Rett led to a significantly higher response strength than in untreated rats, which was similar to that observed in wild-type animals.

VNS treatment also partially normalized the speed with which A1 signals were fired (activated), and improved neural classifier performance, a measure of how well the brain can differentiate between similar sounds.

“In the current study, primary auditory cortex response deficits were confirmed in Mecp2 … rats. Moreover, presentation of a range of tones coincident with brief bursts of VNS partially restored these deficits,” the researchers concluded.

“These findings provide initial evidence that VNS-sound pairing can enhance cortical auditory processing in Mecp2 rats and lay the groundwork for future studies examining the functional consequences of these changes,” they added.

Rockville, Md. (August 14, 2019)—Combining seizure-preventing electrical stimulation with repetitive musical tones improves processing of sounds in the brain, according to new research. The discovery may provide relief for chronic ringing in the ears (tinnitus) and aid communication skills in people with autism. The first-of-its-kind study, published ahead of print in the Journal of Neurophysiology (JNP), was chosen as an APSselect article for August.

Nerve cells (neurons) in the brain are tuned to respond to specific tone frequencies—similar to higher and lower notes on a musical scale—that allow people to hear. Neurons tuned to higher tones aren’t able to respond to lower tones and vice versa. “When someone has tinnitus, neurons respond in a hyperactive manner that causes perception of a sound that does not exist,” wrote Crystal Engineer, PhD, corresponding author of the paper. “Restoring [normal] activity in the auditory pathway is the most promising approach to treating chronic tinnitus,” she explained. People with autism often have auditory processing disorders, too. In this case, the brain is not able to make sense of what it hears. Improving neuroplasticity—the ability of the brain’s neurons to adapt—may improve communication in people with autism.

Engineer’s research team studied adult rats that underwent 20 days of vagus nerve stimulation paired with the delivery of a repeated tone. Vagus nerve stimulation—which delivers electrical impulses to the vagus nerve, which runs from the brain through the chest and abdomen—is approved by the U.S. Food and Drug Administration to treat epilepsy and depression. The tone broadcast into the animals’ living quarters was roughly in the middle of the rats’ hearing range. The researchers played the tone at a volume equal to conversational speech every 30 seconds for two and a half hours each day.

The vagus nerve stimulation and tone-pairing treatment increased the responsiveness in neurons that were tuned to frequencies near the tone used in the trial. This occurred in multiple areas across the auditory pathway. Paired treatment may offer hope for people with a variety of neurological conditions, including tinnitus and autism. “This method can change even the earliest levels of the auditory system, which [has] been viewed as the most difficult to change,” said Michael Kilgard, PhD, a study co-author. “New tools that can rewire the auditory pathway from top to bottom [have] the potential to provide a new therapeutic option for conditions with no effective treatment,” Engineer added.

Read the full article, “Pairing vagus nerve stimulation with tones drives plasticity across the auditory pathway,” published ahead of print in the Journal of Neurophysiology (JNP). It is highlighted as one of this month’s “best of the best” as part of the American Physiological Society’s APSselect program. Read all of this month’s selected research articles. 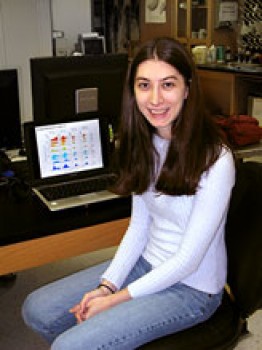 One in 20 children in kindergarten has difficulties understanding speech that are not related to hearing or problems with their ears.  The reason is that speech discrimination is a problem solved in the brain, not in the ear.  How does the brain process speech sounds?  Very little was known, until now.

Enter Dr. Michael Kilgard and Crystal Engineer.  Kilgard is a neuroscientist in the School of Behavioral and Brain Sciences at the University of Texas at Dallas.  His lab is one of the few in the world that studies how individual neurons process speech stimuli.  Engineer is one of Professor Kilgard’s doctoral students.  Together they conducted a study to provide the first-ever description of how speech sounds are processed by neurons in the brain. This insight may offer a new approach to treating children with speech processing disorders. 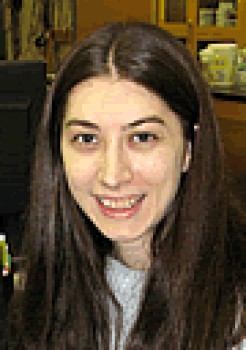 Even the most renowned scholars and scientists can attest to how difficult it can be to get a study published in a top journal.  The top journals in a particular field might reject up to 90 percent of submissions.  The remaining papers must then go through a rigorous process of reviews and revisions.

As difficult as the process might be for faculty members, it’s even more so for students.  A student study published in a prestigious journal is a rare achievement, but lightning struck twice in the School of Behavioral and Brain Sciences.

Two cognition and neuroscience Ph.D. students, Shveta Malhotra and Crystal Engineer, have studies published in the same issue of Nature Neuroscience, the top research journal in the field of neuroscience.  Both students’ studies provide a greater understanding of auditory processing in the brain.

The goal of this project is to evaluate whether VNS paired with speech training can reverse the neural and behavioral speech processing deficits observed in a rat model of autism.

Restoring auditory processing in a rat model of Rett syndrome

The objective of this proposal is to determine whether auditory training paired with neuromodulator release can reverse the neural and behavioral auditory processing deficits observed in heterozygous Mecp2 rats.