Dr. Cokely teaches courses in adult aural rehabilitation and research methods,  coordinates the AuD independent-research requirement, and directs independent-research projects. She developed Teaching Clinics in Audiology as a result of her interest in clinical teaching methods. Teaching Clinics during the first three semesters occur along side standard rotations and are designed to provide first-year AuD students direct access to evaluation and counseling methods in a forum that fosters critical thinking and independence. All on-campus and off-site clinic rotations, including full-time, year-long externships during students' fourth year in the Program are coordinated by Dr. Cokely. Each year, she co-directs the Summer Intensive Aural Rehabilitation Conference (SIARC), a five-day program that brings state of the art rehabilitation techniques to adults with hearing loss and their families and provides an excellent learning forum for graduate students.  Dr. Cokely directs UTD's collection of speech perception data for normal controls for a multicenter grant, "Childhood Development after Cochlear Implantation."

Peripheral contributions to the speech-understanding problems of the hearingimpaired elderly

2004–2004 Rasmus, J., Cokely, C. and Northrup, B. Poster presented at the Annual Meeting of the American Academy of Audiology, Salt Lake City, Utah.

Neuroaudiologic findings for a patient with acquired immune deficiency syndrome 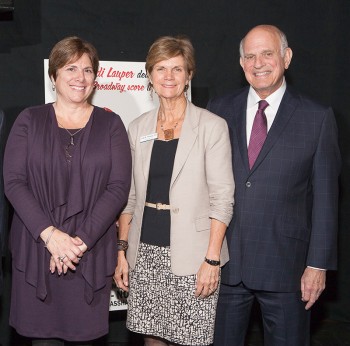 As the lights dim, a low rumble can be heard advancing from the front of the theater to the back as the powerful bass speakers kick on. Theaters tune their sound systems to be physically felt by theatergoers to draw them into the experience, but for individuals with hearing loss this can be more alienating than inclusive.

For Dallas Summer Musicals, this meant creating a new listening experience with some innovative thinking and an unusual combination of theater technicians, electrical engineers and two UT Dallas audiologists.