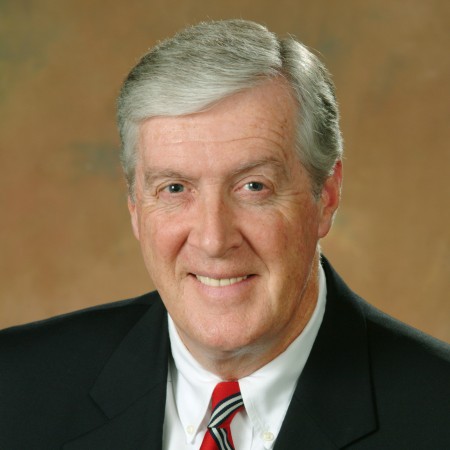 Responsible for human resources, public and government relations, real estate/facilities optimization, and key productivity improvement programs. Part of a team of four executives recruited in 1983 from Olin Corporation to turn around OxyChem (the chemical business of Occidental Petroleum Corporation) from a money losing operation. OxyChem went from negative profitability in 1983 to $1 billion net profit in 1988 thru a program of reducing break even points and targeted acquisitions. The program has continued throughout Oxy to today where the chemical operations have ranked as high as sixth out of 46 worldwide chemical companies in the key productivity measures of sales and profit per employee. As of 2006, Oxy (the parent company) is now ranked 6th in the annual "Business Week" ranking of best managed companies regardless of industry.

Responsible for integrating acquired companies and their staffs into OxyChem, the largest of which was Diamond Shamrock, which necessitated the negotiation and purchase of the "Oxy Tower" in Dallas. The negotiation, purchase, and on-going administration of that building have caused it to be Oxy’s most valuable office asset

Responsible for human resources, administrative support services and key productivity improvement projects. Joined Olin Chemicals as Manager, Compensation and Benefits in 1973 after leaving Citibank (Citicorp) to lead Olin Chemicals in completely revising its compensation, benefits and productivity improvement programs. With the same success of these programs, Mr. Hazzard was appointed Corporate Director of Compensation, Benefits and Personnel Planning in order to install these systems in Olin’s other operating divisions (Winchester, Olin Brass, etc). Following the success of this project, Mr. Hazzard was appointed Vice President, HR and Administrative Services for Olin Chemicals as part of Olin’s leadership team for growth through acquisition and productivity improvement.

Responsible for improving alumni annual giving programs. Asked by Dr. Donald Blankhertz (Vice Dean and Director of Wharton Graduate) to return to Wharton in order to upgrade his staff overall and inject a sense of urgency into Wharton Graduate’s development programs.

Responsible for training and management development at Ford’s Steel Division, installed a progressive management development program (Xerox Problem Solving Discussion Skills) for top and mid-level staff. Promoted to Labor Relations in order to participate in local bargaining with the UAW for the 1967 labor contract. Honored to be asked to return to the Wharton School in order to upgrade programs there (see above).

Since 1996, Hazzard, a former executive vice president at Occidental Petroleum (OxyChem), has made the switch from business to business education, where he has made a lasting impression with his students and other faculty members. Hazzard was selected for the President’s Outstanding Teaching Award from among 400 eligible non-tenure track faculty members that undergraduate students nominated for the honor. Among the remarks from students who nominated Hazzard for the award were: “He really teaches from his vast experience,” and “He shares his knowledge with a passion and really gets the students to think and engage in discussion.” He also won the Outstanding Undergraduate Teaching Award from the School of Management in 2010.