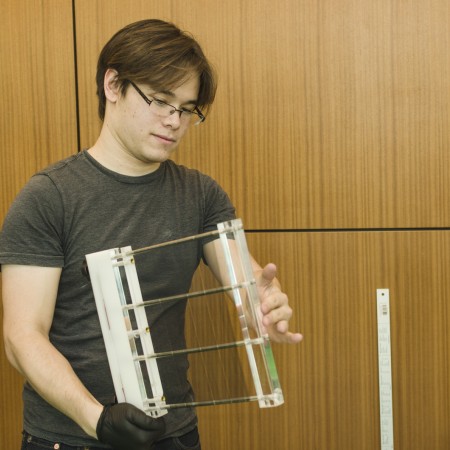 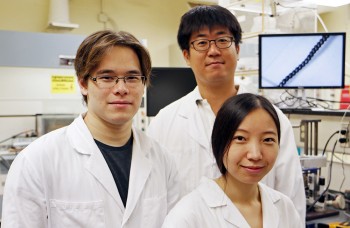 An international research team led by scientists at The University of Texas at Dallas and Hanyang University in South Korea has developed high-tech yarns that generate electricity when they are stretched or twisted.

In a study published in the Aug. 25 issue of the journal Science, researchers describe “twistron” yarns and their possible applications, such as harvesting energy from the motion of ocean waves or from temperature fluctuations. When sewn into a shirt, these yarns served as a self-powered breathing monitor.

“The easiest way to think of twistron harvesters is, you have a piece of yarn, you stretch it, and out comes electricity,” said Dr. Carter Haines BS’11, PhD’15, associate research professor in the Alan G. MacDiarmid NanoTech Institute at UT Dallas and co-lead author of the article. The article also includes researchers from South Korea, Virginia Tech, Wright-Patterson Air Force Base and China.

The Sounds of Nanoscience 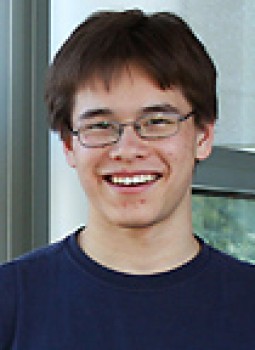 A UT Dallas team’s study published in the Journal of Applied Physics expands the extraordinary capabilities of nanotechnology to include laser-powered acoustic speakers made from assemblies of carbon nanotubes.

The study confirms earlier research that carbon nanotubes that are stretched into sheets and electrically powered can produce intense sound, but researchers at UT Dallas’ Alan G. MacDiarmid NanoTech Institute have made some important advancements.