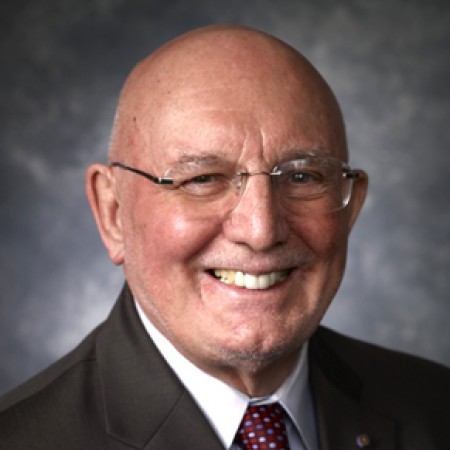 Member of National Academy of Sciences

Dr. Berrys early urban and regional research helped spark the scientific revolution that occurred  in geography and urban research in the 1960s. In the early 1960s he became the worlds most  frequently cited geographer, a ranking maintained for more than a quarter-century. After moving  to Texas his inquiries turned to long-wave rhythms in the economy, society and polity.  Throughout his career he has been concerned with bridging theory and practice and has been  heavily involved in urban and regional planning in both advanced and developing countries.  Frequently called on as an advisor, consultant, and expert witness, his contributions have been  made in cities as diverse as Chicago and Calcutta, Jakarta and Melbourne and his regional  development expertise has been applied in areas from Appalachia to Magellanes to Indonesia. He  is the author of more than 500 books, articles, planning reports and other professional  publications and he has been honored many times.

Founders Professor
The University of Texas at Dallas [1986–1991] 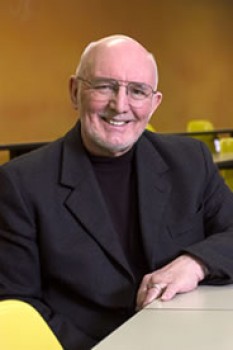 RICHARDSON , Texas (Aug. 16, 2005) – Dr. Brian J. L. Berry, dean of the School of Social Sciences at The University of Texas at Dallas (UTD), has been named the 2005 recipient of the Vautrin Lud Prize, the highest award that can be bestowed on a geographer. Berry will receive the award at a ceremony on Sept. 29 at the International Festival of Geography in Saint-Dié-des-Vosges, France.

The prize, which was created in 1991 and is officially known by its French name Lauréat Prix International de Géographie Vautrin Lud, is awarded each autumn to an intellectual leader in the field, as determined by a five-person international jury.

Dr. Brian Berry, Lloyd Viel Berkner Regental Professor and former dean of the School of Economic, Political and Policy Sciences, has received two recent honors – one from an international scholarly society and another from his alma mater, the University of Washington.

Berry was elected a 2012 fellow of the Regional Science Association International, which is a cohort of scholars focused on economics and global processes. Members of the association nominate distinguished scholars for the honor. Berry was one of four elected this year.

RICHARDSON, Texas (June 16, 2005) – Dr. Brian Berry, a world-renowned geographer, economic and urban development expert and member of the National Academy of Sciences, has been appointed dean of the School of Social Sciences at The University of Texas at Dallas (UTD), succeeding Dr. James Murdoch, who will return to full-time research and teaching duties at the school following completion of his term of appointment as dean.

Berry, who is the Lloyd V. Berkner Regental Professor in UTD’s School of Social Sciences and a long-time leader of the university’s political economy program, will assume his new duties on July 1. The School of Social Sciences is one of seven schools at UTD and offers bachelor’s, master’s and doctoral degrees in a broad range of fields, including sociology, political science, geography, economics and finance, government and politics and public affairs. The school has 53 faculty members and nearly 1,200 students.

Dr. Brian J. L. Berry, dean of the School of Social Sciences at The University of Texas at Dallas (UTD) and one of the world’s leading social scientists, has been selected a Fellow of the American Institute of Certified Planners (AICP), the professional arm of the American Planning Association (APA).

The 39,000-member APA is the nation’s leading city and regional planning organization.  AICP, with 15,000 members, provides leadership in the certification of professional planners, ethics, professional development, planning education and the standards of planning practice. 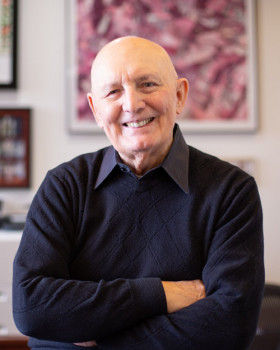 Dr. Brian Berry, one of the pioneers of modern geography who is credited with changing the course of his discipline, has been selected to receive the 2020 Stanley Brunn Award for Creativity in Geography from the American Association of Geographers (AAG).

The annual award recognizes an individual geographer or team that has demonstrated originality, creativity and significant intellectual breakthroughs in the study of lands, features, inhabitants and phenomena.

“The award is a nice capstone at the end of a very long career,” said Berry, the Lloyd Viel Berkner Regental Professor in the School of Economic, Political and Policy Sciences (EPPS) at The University of Texas at Dallas. “I knew Stan Brunn personally, when he was a graduate student. This is both a wonderful personal and professional experience. I am very pleased to receive the award.”